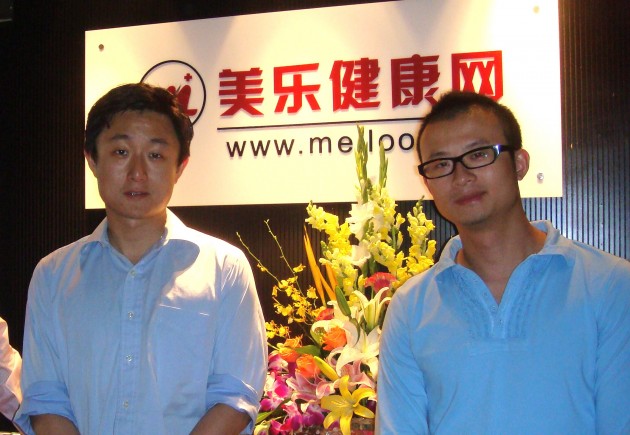 BEIJING, CHINA– Give Yan Zhang (left) credit for honesty. You ask most expats about life in China and they talk up building bridges, mixing with the locals and their valuable expertise in building government contacts. When I asked Zhang about his expat life over breakfast he looked at me and said, “You do feel a little guilty about this life, because it can feel inauthentic.”

Twenty-nine year old Zhang, who has lived exactly half of his life in China, is a ringleader of a brat pack of smart, well-schooled Beijing expats working in everything from media to tech to education. I’ve twice run into him and a giant gang of friends in the Beijing nightlife scene. Said someone the last time, “Oh, everybody knows Yan.”

They genuinely work hard and most have studied in Asian history and Mandarin. What’s more these aren’t the expats of old with rich, corporate relocation packages. Most decided to move here first and figured out what they’d do second—even if many of them have family money that pays the bills in the meantime.

But many nights they also play hard—and usually just with other expats. (Ahem, see video here. That’s Zhang at the end.) They toss back drinks at Manhatten-esque nighclubs and British-style pub quizzes. I’m not judging. It sounds a lot like what I do with friends in San Francisco, truth be told. But I didn’t relocate to experience China either.

“Are we living the Chinese experience? Not really,” Zhang said. “But neither are expats who live on a Hutong and also go out with other Americans at night.”

But unlike a lot of gadfly expats I’ve met in two trips to China, Zhang is building a real company. He’s been at it for two years. It’s actually aimed at the Chinese market, while a lot of expats just seek to leverage China’s workforce. And it’s not a U.S. copycat site. In fact, it’s a site that wouldn’t work in the US.

Zhang’s company is Meiloo.com, a site that helps Chinese Internet users find, source and compare doctors and hospitals for elective surgery. It’s not one of those Silicon Valley thank-God-the-URL-wasn’t-taken, nonsense word companies. It means “happy and beautiful.”

Elective health care services are a $10 billion a year market in China that already heavily advertises on TV, billboards and the Web. Elective medicine doesn’t just refer to things like plastic surgery here, but also to preventive care like annual physicals and dental check-ups. And unlike in the United States, where HMOs and private insurance companies own or control much of the market, in China’s growing, fragmented market finding a good doctor for a good price is, well, a lot like the challenges in comparing and sourcing travel in the pre-Web days, Zhang says.

Will the whole Chinese market jump to use Meiloo? No. But Zhang points out that Chinese travel site Ctrip taps less than 10% of the domestic travel market and is a multi-billion company. And Meiloo’s 15% cut of any service or surgery booked online can add up a lot faster. Plus, the demographics will increasingly work in Meiloo’s favor. The largest base of Chinese Internet users were born in the 1980s, and increasingly that audience is aging and will want – and be able to afford—dental work, plastic surgery, and laser eye surgery that government plans don’t cover. In fact, government health care doesn’t even cover annual physicals.

Meiloo is growing transactions at a pace of 15%-25% per month, and has helped book nearly $1 million US dollars in transactions in the last twelve months. Those numbers aren’t massive. But the biggest victory, according to Zhang, is that patients don’t use the system for research and then go around it to actually book services, and that doctors and hospitals actually pay Meiloo’s cut. 90% of Meiloo’s account receivables are resolved in sixty days. “We’ve worked to align everyone’s interest,” he says. “That’s the key to doing business in China.” So far there are 330 clinics on the system and 1,100 doctors listed. A lot, but a drop in the bucket by Chinese standards.

There are two other things I like about Meiloo. One: Zhang’s co-founder Jeffrey Wu (right in the picture above) isn’t your typical smart engineer plucked out of a top Chinese school. Within six years he went from a drop-out running a bar in Shanghai to the CTO of DangDang, one of China’s largest e-commerce companies. In my interview with Kai-Fu Lee earlier this week, he noted that all multinationals use universities as a hiring filter and admitted it’s not always the best or most fair way to find talent. Wu’s story proves it. I have a feeling that scrappy gray area is where many of China’s best entrepreneurs will come from in future years.

Two: So far, Wu and Zhang have bootstrapped the company, taking only modest funding from a group of angels in California. Zhang let it slip that he’s going to the Valley in early November. Given his anxious behavior as I asked more and more questions about the trip, I wouldn’t be surprised if a Valley funding round is on the horizon for the young company.