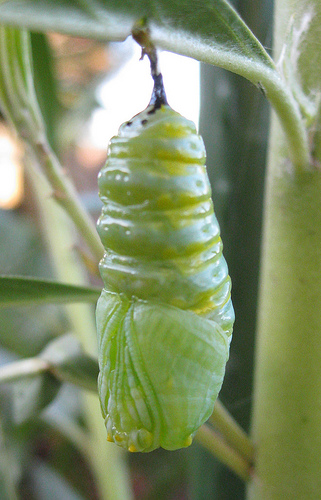 This weekend, a number of people had things to say about the decay and seemingly inevitable death of FriendFeed. That included us, twice. While this was going on, the FriendFeed team remained largely silent, even on their own product. But today, co-founder Paul Buchheit has responded.

Naturally, in a FriendFeed posted item, here’s what he had to say:

There was a lot of chatter about the future of FriendFeed this weekend. The short answer is that the team is working on a couple of longer-term projects that will help bring FriendFeedy goodness to the larger world. Transformation is not the end. Consider this the chrysalis stage — if all goes well, a beautiful butterfly will emerge :)

But, this still seems to speak to very much what I was talking about this weekend. FriendFeed, as we knew it, is over. “FriendFeed goodness to the larger world,” would seem to imply either some more open-sourcing like they did with Tornado by way of Facebook. Or, a bigger movement of the FriendFeed technology over to Facebook itself.

Further open-sourcing FriendFeed and/or its APIs is great and all, but I fear things will get messy for end-users without a single product to focus on. Certainly, that will be useful for some people, and undoubtedly some services, but I have a hard time believing it will be able to fully replace the way I used FriendFeed, as a crowd-sourced pusher of information in real-time.

Facebook obviously has the size to provide that, but I still worry that it’s too big for the rapid pace of innovation we were seeing with FriendFeed to continue. I do hope the team is able to improve some of the areas that Facebook is lacking in, such as sharing speed, filters, and content discovery. But it won’t be the same.

And that’s fine, as Buchheit notes, “transformation is not the end.” But it’s hard to watch a service you relied heavily upon change drastically. Maybe the result will be a butterfly, but I didn’t consider FriendFeed to be a caterpillar before.