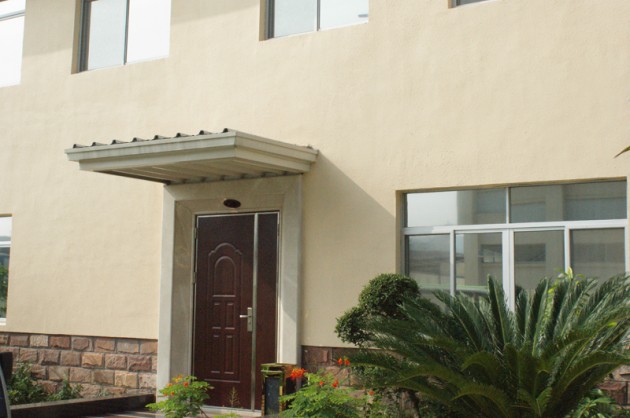 SHENZHEN, CHINA– One of my very early posts for TechCrunch referenced the “futurism” of 1950s Americana, where companies like Monsanto and Disney played out dreamy visions of a new automated way of living that never quite came true. I’m writing this post from Shenzhen, in Southern China—a place whose jaw-droppingly impractical-yet-beautiful architecture and building-size LED-lit billboards make the city look like it could be the set for just that kind of dreamy science fiction megatropolis. (Example? The other night I had drinks outside the InterContinental’s bar, which is shaped like a huge pirate ship.)

So imagine my expectations when I set out to see BYD’s “Village of the Future.” BYD—for those who don’t know—is a Chinese powerhouse of battery innovation with more than 130,000 employees, roughly 10% of whom work in R&D. The company is a living, breathing reality check to Westerners who think Southern China is merely a hub for assembling the technology U.S. designs. My BYD guide told me that the company gets at least one member of Western media coming through the office a week, many of them shocked that a Chinese company could be so innovative. 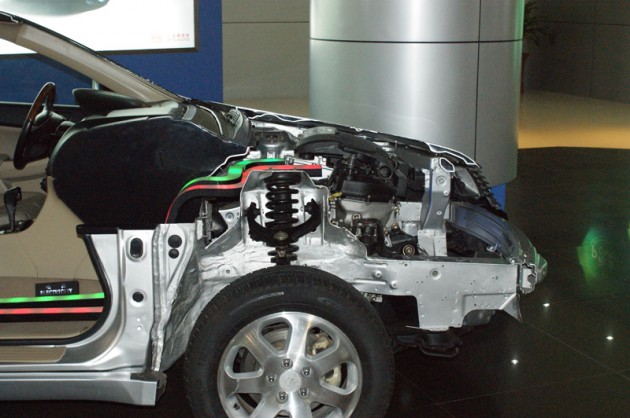 And, now, the company is harnessing that same technology to make solar panels that can efficiently store solar energy and manage it. It’s impressive enough stuff that Warren Buffett paid $230 million for 10% of the company in 2008, spurring every major media organization to start taking BYD seriously. (According to a great article in Fortune, he wanted even more.)

But you want futurism? Go somewhere else. This house of tomorrow—totally powered by solar power and piped with recycled rain water—looks just like any suburban house in the world. (See picture above. Yep. That’s it.) Turn on the tap and it’s just like turning it on at home. The air conditioning sounds and feels like the AC in my hotel. The company uses the top of the concept house for executive meetings. The conference rooms only stand out in their unremarkableness.

And, while it may make for uninteresting photos, that’s what makes BYD so impressive, and part of what would attract someone like Buffett to break the same cardinal rules of investing that convinced him to avoid the late 1990s dot com mania: Stay away from what you don’t understand. When my guide was taking me through BYD’s “museum” of its products, she waved her hnad dismissively at a sexy electric convertible, saying the ho-hum practical sedan was the company’s best-seller. What sells in a country where millions are scrambling into the middle class is practicality, not sex appeal.

Similarly, BYD’s house of the future is steeped in practicality, not look-at-me tree hugging or science fiction. That’s something that could actually make a difference for the solar industry and for smoggy, energy-guzzling China.