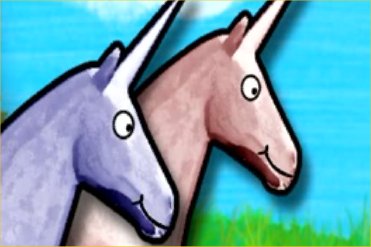 BEIJING, CHINA– Kai-Fu Lee may have left his post as president of Google China, but he didn’t go very far. While still president he learned that Google was going to give up some of its space at Beijing’s Tsinghua Science Park.

He called the landlord and told him he’d take as much as he’d give him. And now he’s in the next office on the same floor, hoping a Chinese version of Larry or Sergey walks through his door.

As we reported a few weeks ago, Lee is also taking a few Google China staff members and indirectly some of that Google cash in the form of an investment from YouTube founder Steve Chen, among others.

His new venture is called Innovation Works, and it’s a sort of angel fund/incubator to help encourage Chinese entrepreneurs to eschew staid-but-prestigious corporate tech life and start a company instead. I met with Lee this week at his new digs in Beijing and so far, they’re pretty empty. There are a few analysts and engineers huddled by the door, near a table overflowing with different kinds of tea that people have given Lee as a good luck gesture in starting this new venture. (There’s so much tea, in fact, he insisted on my taking a tin.)

That elbow room won’t last: Lee got 7,000 resumes on his first day of business and has gotten some 40,000 total. It’s taking a while to plow through them, but he expects to hire at least 100 more people in the coming months. In fact, between our meeting Monday morning and sharing some Peking Duck later that night, he made four hires. (I shot a quick video with Lee talking more about Innovation Works. Unfortunately, my Flip has died for good, and it’s gone. So text will have to suffice.) 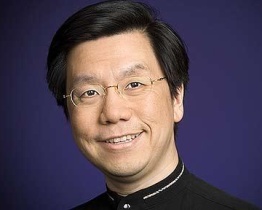 Lee is that rare unicorn-of-a-specimen that Silicon Valley companies and investors salivate over: He’s held key product and management roles at Apple, SGI, Microsoft and Google building a deep bench of respect and contacts in the inner circle of the U.S. tech business, but he’s also a hero to many young techies in China.

Want an example of the former? Back in the late 1990s, the product line he’d developed for SGI was struggling and being sold off to a company that would later be bought by Computer Associates.

That ultimately meant Lee was looking for a new job. His father—a Taiwanese diplomat—had asked Lee on his deathbed to return to China one day, and a job with Microsoft was making that promise a reality.

Lee had decided to take it, but few people knew yet. He went home one day and his wife said, “Steve from Apple wants you to call.” Lee mentally paged through the Steves he’d worked for at Apple—never thinking of the obvious one. Lee had worked at Apple during the bleak years before CEO Steve Jobs returned to the company, or as Lee likes to say, “I was at Apple between Jobs.”

“I think it was Steve Jobs,” his wife said of the caller. Lee insisted it couldn’t be true, since he’d never even met him, but called the number back all the same. It was Jobs and he personally asked Lee to come back to Apple. Lee demurred.

“I know you’re going to work for Microsoft in China,” Jobs said. Lee was stunned. Almost no one knew. For a moment he must have thought his-iPhone-ness really was as all-powerful as the fanbois say. Then Jobs added, “Your wife told me.” When Lee asked why she divulged the closely-held secret she shrugged and said Jobs was so nice on the phone, she assumed he was one of Lee’s close friends.

Lee resisted Jobs, and you could argue missed out on the golden era of Apple as a result. But the Microsoft job meant that Lee was also an early multinational tech manager in China. Since then, between Microsoft and Google he’s given fat incomes and prestige to hundreds of Chinese entrepreneurs, building quite a following in China. (At dinner a young woman shyly came over and asked for his autograph.)

To be fair, Lee has his detractors in China too. Critics question whether the longtime corporate executive has the chops to pick and fund truly innovative ideas. After all, Lee himself said in our interview a few weeks ago that executives at multinationals typically don’t have the hunger to be great entrepreneurs. Others say he’s one of those bridge-builders between East and West that benefits by talking up business in China as being more complex than it really is.

After one meeting and one dinner, I can’t say whether either of those complaints are fair. But after spending several weeks in China in the last few months I will say this: If his well-cultivated reputation convinces more Chinese entrepreneurs to start businesses, that’s good for China and the tech world globally.

(Image of Lee courtesy of Abondance)