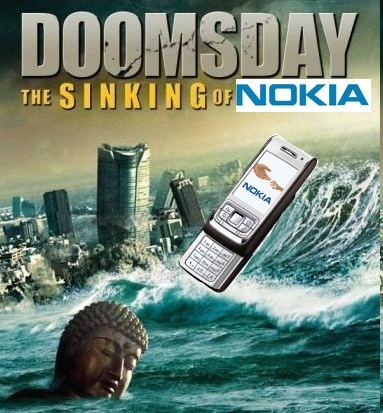 Nokia’s shares are down 6.02 percent today on news that Nokia suffered an $834 million loss due to falling handset sales. In this environment it’s easy to wave this away as a crisis blip but there may be something more afoot.

Nokia blamed the loss on component shortages, a valid concern. Apple has been buying up all the flash it can eat and companies like LG and Samsung are blowing out feature phones to directly compete with Nokia’s lower-end models faster than anyone thought possible.

Here’s what could be happening. Bear with me. First, we posit that Nokia is selling very little in America and much more in Europe and developing countries. Mobile is a young person’s game in Europe and Nokia is a young person’s phone. With youth unemployment at 29% in some countries (BusinessWeek did a piece on this. I embedded a video below.) you’re dealing with a consumer who is severely constrained in terms of disposable income. Nokia phones last for years and you can get by with one Nokia without upgrading, provided you’re only texting and making calls. So Nokia’s own quality bit them in the hindquarters this time.
Nokia is not a line for early adopters. Their phones, while exciting on some fronts, are vanilla on the aggregate. They still have the number one spot in terms of sales, but I worry that Nokia won’t be able to turn around if it dips below one of the Korean manufacturers.

I’m obviously being very bearish here but Nokia’s line-up has been solid for years and these days “solid” isn’t good enough with a more plugged-in audience. I love Nokia’s products and culture and so, like a mother, I worry.

Thoughts? Europeans want to chime in?