Poor New Zealand. Nobody is quite sure exactly where it is. A favorite joke on tourists in Sydney, my Australian friends tell me, is to convince them that the Sydney Harbor Bridge is actually a bridge to New Zealand (it isn’t, New Zealand is about 1,400 miles away). And the HBO show Flight Of The Conchords has made ignorance of New Zealand a running theme.

Neither Ireland nor Egypt are actually New Zealand. It’s in a totally different hemisphere. 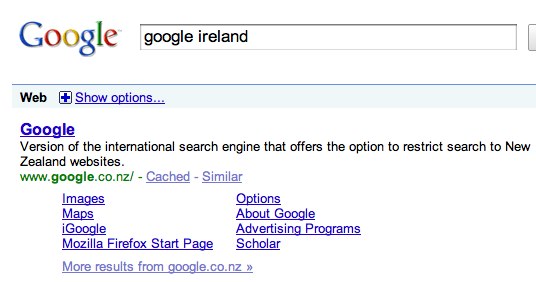