Yesterday, the already very public fight for Skype entered yet another round, with the publication of recent filings of a motion for preliminary injunction against former Joost CEO and Chairman Mike Volpi and Index Ventures – where the man currently works as a partner – asking that he refrain from using knowledge or confidential information he obtained while at Joost in current dealings with eBay/Skype.

There are loads of interesting nuggets in the documents, which are well worth a read if you’re as fascinated by the whole thing as we are. For instance, would you have guessed both Facebook and multiple members of the Apache Software Foundation played an interesting role in this particular part of the story?

To understand why, you need to understand what the lawsuit against Volpi, brought on by Joost and Skype’s initial founders Janus Friis and Niklas Zennström, is actually about. 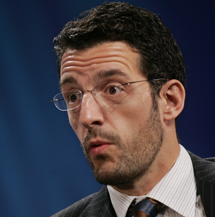 According to the two European entrepreneurs / enfants terribles, Volpi (pictured) has systematically breached his fiduciary duties at Joost to become the next Chairman of Skype if it were to be effectively sold to the new investor group that has agreed to acquire the company from current owner eBay.

This group also includes Volpi’s current employer Index Ventures by the way, which is being sued by the Skype founders separately.

The allegations span three core issues: the misappropriate use of confidential information gained at Joost in an effort to entice the buy-out group to join Index Investors in a play for Skype, a misuse of the same confidential information for plans to revamp Skype’s technology in the long run, and the attempts made by Volpi to lure key Joost engineers with knowledge of JoltId’s intellectual property (GI or Global Index, the peer-to-peer protocol technology developed and owned by Friis and Zennström) to the new Skype.

The third part is where Facebook comes in, albeit indirectly. 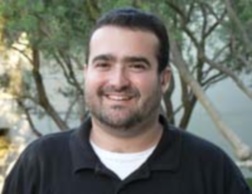 In July 2009, then-CEO of Joost Mike Volpi according to the court documents – which includes evidence in the form of e-mail communications and more – arranged a meeting between Index Ventures’ Danny Rimer and Joost Chief Architect Justin Erenkrantz (pictured) to offer him a potential job at the new Skype.

Erenkrantz was deemed one of the online video startup’s “most valued engineers” by the company’s founders in the case.

Just for your reference, Erenkrantz is an ex-Google engineer, current President of the Apache Software Foundation and former treasurer of the association.

In addition to Erenkrantz, Volpi allegedly undertook attempts to poach Sander Striker, Director of Engineering at Joost and also a member of the ASF.

The goal of the meeting with Erenkrantz, held at an industry conference, was to have him take a look at the current endeavors within eBay to develop a technology work-around for the P2P technology intellectually owned by JoltId and get his feedback, and to assess if he would be a good new member of the Skype diligence team (pending acquisition) and the new company’s technical team after the deal was done. Soon after, an official offer to Erenkrantz was made by Volpi.

The reason why that irked Friis and Zennström tremendously, the court docs show, was because they went to great lengths to retain Erenkrantz at Joost when Facebook – after Amazon – offered the man an engineering position at the social networking company, costing Joost a lot of money. They had managed to keep him from taking a job as software developer at Google after two internships there when they first hired him, and he was clearly a very valuable asset for the company.

Straight from the docs (also embedded below):

Although Volpi’s efforts to poach both of these Joost employees were equally unlawful, his overtures to Mr. Erenkrantz were particularly threatening. As Volpi was aware, Joost had recently expended significant effort and company resources to retain him – in the face of an offer for Mr. Erenkrantz to join Facebook.

As Joost founder Janus Friis write in a June 5, 2009 e-mail to Volpi: “I spoke to Justin Erenkrantz yesterday. Given the concerns about loosing [sic] him and the signficant ripple effects it could case,” Mr. Friis sought Volpi’s approval in paying him a substantial retention bonus, increasing his salary, and offering him a position as a part-time technical consultant for Joltid. Volpi concurred in these retention efforts, and having supported Joost’s bid to keep Mr. Erenkrantz from joining Facebook, nonethless attempted to lure Mr. Erenkrantz away from Joost a month later.

For what it’s worth: Friis and Zennström, who are still eager to buy back Skype themselves, seem to have Erenkrantz on their side in this matter. This is unsurprising, because he doubles as a consultant for Joltid at the moment, but it doesn’t bode well for Volpi in this case. In a declaration, Erenkrantz unambiguously supports the Skype founders’ motion for preliminary injunction (also embedded below).

http://viewer.docstoc.com/
Declaration of Justin Erenkrantz In Support of PI –