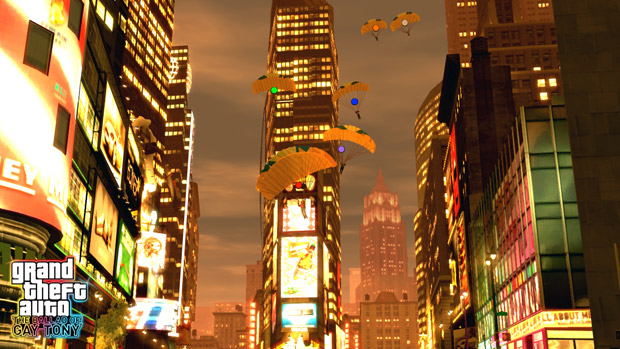 Not that any of you noticed, but I’ve been AFK for the past few days, so I’ve totally missed out on all the Grand Theft Auto: The Ballad of Gay Tony videos and screenshots that have hit my inbox. I’m fixing that right now.

As the very first trailer alluded to, you’ll be able to use parachutes in multi-player. (Thank God it’s not weather balloons!) Other multi-player highlights include:

• The use of tanks and helicopters 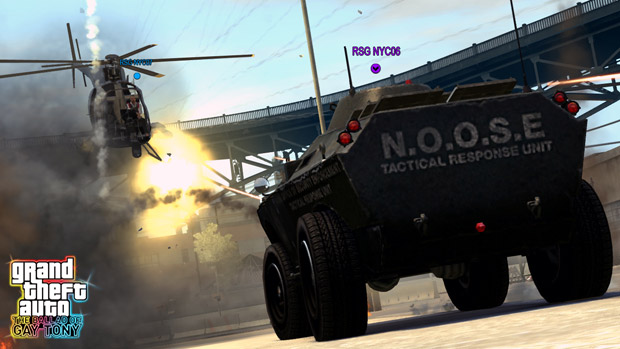 Given that I played GTA IV‘s multi-player for all of 10 minutes (not because it was bad, but I’m just more of a single-player gamer; I even prefer to solo in WoW!) I really can’t speak to these additions. Maybe if I were more social? 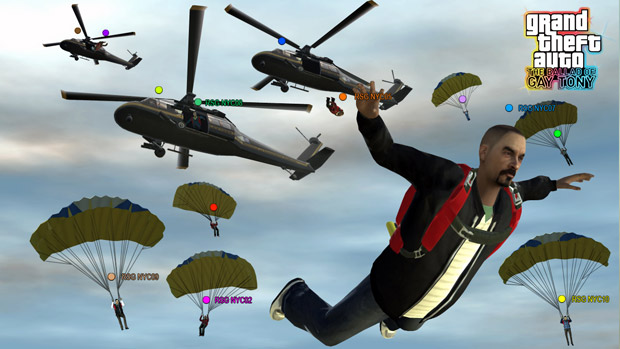 Moving on, this here’s another video that highlights the game’s whole nightclub/nightlife/celebrity atmosphere. That, for the record, is why I wasn’t so keen on the first GTA IV expansion. Motorcycles and whatnot just aren’t my scene, whereas I have no problem with listening to “Pjanoo” and other, similar songs over and over again.

That’s about it for Ballad news. In other Rockstar news, however, they just put a bunch of their older games in the PSN Store for all of you PSP Go owners. Games to be newly found there include Midnight Club 3: Dub Edition and Manhunt 2.

I think that ties up all the loose ends. The lesson is, never leave the house again.