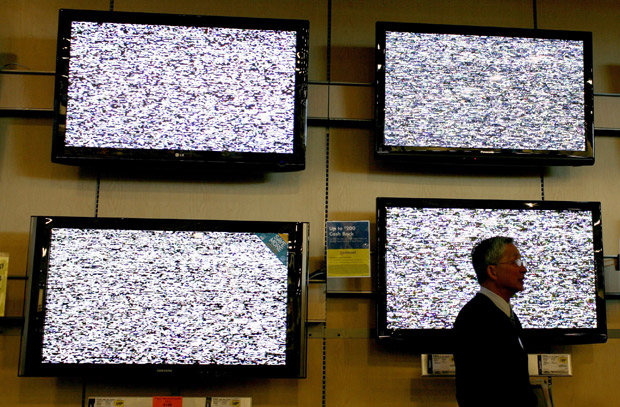 Uh oh, another vaguely political post on CrunchGear. As you already know, the Consumer Electronics Association, the trade group that organizes CES, is fighting tooth and nail against possible regulations that would see California essentially ban the sale of power-hungry HDTVs. This mostly affects plasmas because they consume the most electricity of the different types of TVs out there.

The California Energy Commission, the body responsible for the investigation, says certain types of TVs ought not to be sold because they consume just too much electricity. As a matter of fact, TVs account for 10 percent of all energy consumption in the state. Mandate that manufacturers get their act together, and create TVs that don’t require crazy amounts of electricity to run, and everyone wins: consumers pay less for their monthly electricity bill (consumers would save, on average, $30 in the first year by switching to more energy efficient TVs), the green crowd gets to feel like it’s saving the planet, California doesn’t have to spend money generating all that electricity, etc.

Well, one group may not benefit: the manufacturers themselves. Some of them are complaining that having THE GOVERNMENT mandate how efficient their TVs need to be will stifle innovation, raise prices (because they’ll have to change their manufacturing methods or whatever), etc. (I say, if not the government, then who, the “market”? Ha! Markets work when everyone has access to perfect information, among other things, otherwise things can get out of hand. See: this past year on Planet Earth.)

The Commission disputes the idea that changing energy standards will necessarily raise prices for consumers.

You should note that Vizio, the little company that came out of nowhere, has no problem with the new regulations, should they pass. Easy for it to say, seeing as though it makes only LCDs, which aren’t very power hungry.

Keep in mind that this isn’t a done deal yet. You’re not going to walk into Best Buy tomorrow and find that all the plasmas are gone. Should it even pass then I imagine it’ll take some time before it actually affects your buying ability.