Wow. Amazon.com is now offering same day shipping – same day shipping — in seven major cities across the U.S. with more on the way in the near future. If you live in New York City, Philadelphia, Boston, Washington D.C., Baltimore, Las Vegas, or Seattle then you’re already in one of the same day delivery zones.

According to the press release, “Thousands of items are now available for Local Express Delivery. Amazon Prime members pay just $5.99 per item for the service.” Amazon Prime costs $79 per year and extends free two-day shipping or overnight shipping for $4 per item to subscribers. I have it and it’s totally worth it if you order a lot of stuff from Amazon.

Non-Prime members will pay quite a bit more for same day shipping, with items carrying a shipping fee based on the type of item ordered and, in some cases, the weight of the item. Certain items, like CDs and DVDs for instance, cost $10.99 per same-day shipment plus $2.99 per item. So order three CDs and it’ll cost you whatever the CDs are priced at plus $10.99 + $2.99 + $2.99 + $2.99. Not cheap but, hey, the heart wants what it wants. 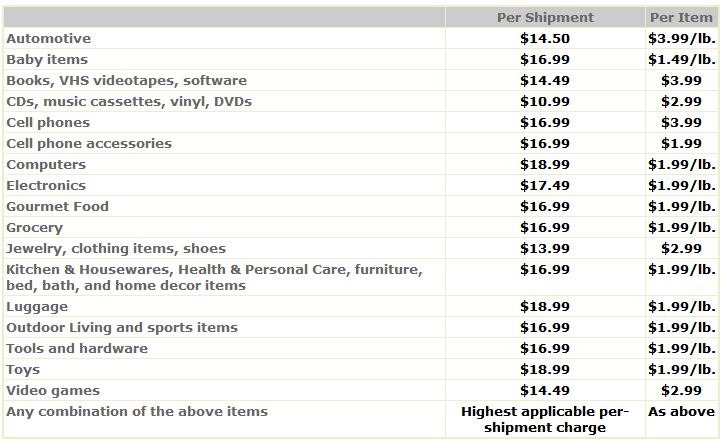 Each of the seven eligible cities has a cutoff time by which products need to be ordered. In Seattle, where Amazon is headquartered, the cutoff time is 1:00 PM. In New York City and Philadelphia, it’s 10:00 AM; in Boston, Washington, D.C. and Baltimore it’s 10:30 AM; and in Las Vegas it’s 11:00 AM. Future cities include Chicago, Indianapolis, and Phoenix.