Over the last few weeks Google has apparently started rolling out a new set of advertising formats on its search results page, introducing product listings that include price and other details in the Sponsored Links sidebar. For example, a query for “shoes” is displaying a list of different shoe models, their prices, and retailers directly within the search results, as opposed to the the more general text links we’ve grown accustomed to, which lack such information. Google is also apparently testing these ads with photos alongside the product listings for some queries.

Our tipster says that he’s only seeing the new ads in the developer version of Chrome, but I’m seeing them as well in Safari, though some TechCrunch staff aren’t seeing them in any browser. Google is always switching up ad placement and formats in various bucket tests, some of which are browser-specific, so the inconsistency isn’t surprising.

The new formats are likely part of Google’s Product Ads program, which the company announced back in June. The program allows participants in the Google Affiliate Network to place actual product listings in their ads, complete with photos in some cases. Given the limited distribution of the ads we’re seeing, it appears that Product Ads are still in beta.

Thanks to Ben for the tip. 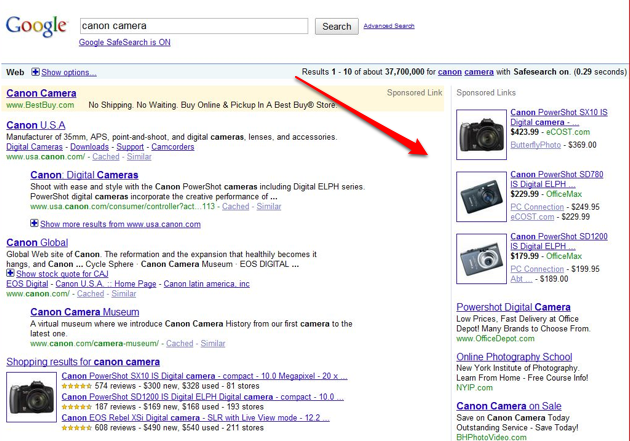