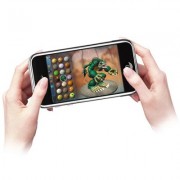 With the recent iPod Touch update Apple has positioned and marketed the device as a new type of mobile gaming platform. Games have always been some of the best selling applications in the AppStore for both the iPod Touch and the iPhone. A recent advertisement for the iPod Touch carries the slogan “The Funnest iPod Ever” and features a number of games. We decided to try out and review each of the games featured in the ad and rate the ‘fun factor’ ourselves.

The Apple mobile devices have become decent gaming machines, with some of the newer games providing in-depth 3D environments and absorbing gameplay. We found a number of games that were extremely well developed and addictive, as good and better than most of the dedicated mobile gaming devices available on the market today.

We previously reviewed the best iPhone Apps so far this year. The following is our review of 12 of the new iPod Touch and iPhone games featured and highlighted in the recent Apple campaign.

If you have found any cool and fun new games for the iPod Touch or iPhone, or you have a particular favorite game, let us know in the comments. We’ve also added an Appsfire widget with all the apps at the bottom of the post. 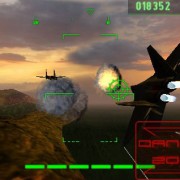 After watching Top Gun for the first time, who didn’t want to be a Navy Fighter Pilot – flying around shooting planes out of the sky to save your country, and being called awesome monikers like Maverick and Ice Man? With Paramount Pictures Top Gun iPhone app, you can get closer to this experience. The best part of it is, you can do it to the tune of Danger Zone.

The game features 10 missions, each one increasing in difficulty as you progress. The controls are balanced and the game is well designed for the most part. The graphics were crisp, and there was no frame lag when I played. It did seem odd though that the game had no throttle control: you are unable to speed up nor slow down, which meant I couldn’t use my favorite Top Gun quote, “You’re gonna do what,?!” while playing. The lack of a multiplayer mode keeps me from giving it a higher ranking, but for two bucks, you can’t really go wrong. Playing to Danger Zone adds another star to the rating, it just pumps me up everytime. 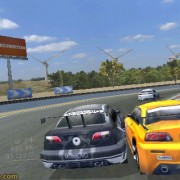 This is the closest an iPhone game has come to either Gran Turismo or Project Gotham. Real Racing is for the true racing enthusiast and gamer. There are 48 cars in 4 different classes, and the game boasts a massive 76 events in its career mode. The game offers automatic acceleration, as well as manual for those who truly want a challenge. Furthermore, the game offers a six person local multiplayer (through a WiFi network) so you can test your skills with all of your friends. On top of a global leaderboard, Real Racing has customizable leaderboards so that you can always hold your superiority over the heads of those closest to you.

Overall, this game is amazing. The graphics are awesome, the gameplay is crisp, and you can even post your best races straight to youtube! The only thing that seems to be missing is a non-local multiplayer so that you can challenge anyone around the world, but the upsides far outweigh this point. Definitely worth the $6.99.
For a more detailed review of this game, click here 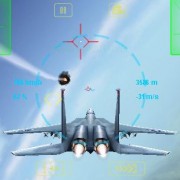 F.A.S.T (Fleet Air Superiority Training), developed by SGN, is one of the original 3D and air simulation arcade games available on the iPhone and iPod Touch. The game is a lot of fun, with a very impressive environment and a step-by-step tutorial mission to get you started. There are 30 missions in single player mode, but this game really shines in multiplayer mode.

With multiplayer mode you are able to fight one-on-one with a friend over WiFi or bluetooth. With WiFi, you can indulge in more advance multiplayer modes that allow you to team up with a friend against another team, or go all-out in a free for all mode. The controls are much more advanced than in Top Gun, and as a simulator it is much more accurate (blackout from high G-forces, etc.). The overall response rate is excellent. The 99c price makes it cheap, and there are plenty of extras to be purchased within the game such as extra planes (13 available in total). A classic game and a favorite of ours. 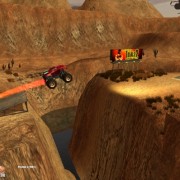 Unfortunately, I finished quite quickly and realized that there was no replay value to it other than simply going for all Gold medals. Also, there was no real sense of speed even when I used the Nitro. The graphics are decent, the framerate is adequate, and the multiple camera angles add a neat aspect to this game. However, the amount of content is definitely the shortcoming in this game and keeps it from a better rating. 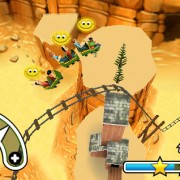 Looking at the description of this game, I didn’t think there was any way this game could be worth the $4.99 price tag, so I downloaded and installed the free and restriction version to try it out. Within minutes of playing the free version, I was hooked, and immediately purchased the full version for $4.99. The graphics are awesome, and I have yet to get past all of the levels. The carts can go faster or slower through the use of the accelerometer and the stunts which you can perform are, as the description describes, “insane.”

Being able to race the game designer’s time and demolish it is pretty satisfying, but I would still like a multiplayer function if I’m going to be shelling my hard earned(ish) cash. Overall, the $4.99 is a bit steep compared to other games, but worth it. At a slightly lower price, it would definitely be a 5-star ‘must have’ game. Try out the free version first to find out if you enjoy the game.
For a different perspective on this game, click here 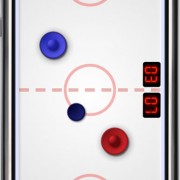 Playing this game brings back memories of being in an arcade and playing air hockey with my buddies. There really isn’t too much to say about Touch Hockey: FS5, as it is quite simple and intuitive. The gameplay is smooth and very responsive. The friends feature, where you can play a friend over WiFi, is very addictive.

The only problem is that in single-player mode the AI is way too easy, so unless you have a friend to play against over WiFi, the game becomes very boring very quickly. The only difference between the free version and paid version is the removal of ads, which for most won’t justify the purchase price as the ads are not very intrusive. 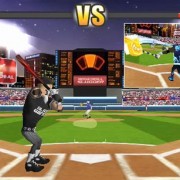 Homerun Battle 3D, previously known as Baseball Slugger, is a homerun. The batting controls are perfect and there is so much replay value with the online challenges. The graphics are clear and the stadium rendering excellent – it certainly looks and plays better than Wii Baseball. This has quickly become one of my favorite iPhone/iPod Touch games available today.

My only gripe is how, when playing alone, the computer can throw six 80 MPH fastballs in a row, and then come with a 104 MPH slider. That’s ridiculous. Other than that, this game is a must have for anyone looking for a casual and fun game.
For a more detailed review of this game, click here 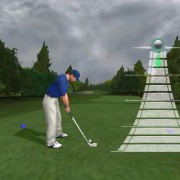 Like Tiger Woods, this game is a winner. It becomes apparently from early on that EA Sports has spent a lot of time developing and refining this game to mimic the classic console experience. While many games use a lot of the iPhone’s features simply for novelty sake, EA makes sure to use them to the users advantage.

The game offers actual PGA courses to play on, different difficulty levels, and upgradeable equipment and abilities. The graphics are as good as they get, the gameplay is on par with any other game out there, and replay value is high, especially for fans of golf. An online multiplayer would have seen this game receive an off-the-charts rating, and I hope we see that feature soon. This game is definitely a must have for anyone with either an iPhone or an iPod Touch. 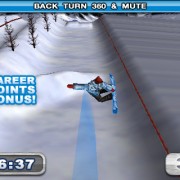 Based on the Mac game, Slope Rider was re-engineered to work on the iPhone/iPod Touch. While the game has crisp graphics and a good interface, there is nothing which truly stands out. You can either race via the alpine tracks, or do tricks via the freestyle courses. There are a multitude of tricks to master which are combined through the use of grabs, flips, and turns, which will in turn increase your points.

There is no multiplayer, and the only way to gauge how good you are is to check the global leaderboard. For this game, I would definitely recommend saving your three dollars for one of the other games on this list, and just downloading the free version. 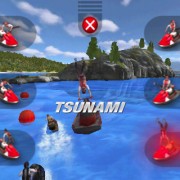 If you blinked during the Apple commercial then you might not have seen this game. Aqua Moto Racing brings back memories of Nintendo 64’s Wave Race, which is definitely a good thing. There are 18 different tracks to race from, and you are able to race these in reversed mode as well, which adds to the replayability of the game.

While this game doesn’t have true multiplayer functionality, it does offer ghost mode. Ghost mode lets you race against the times of those who have made the global leaderboard. While this game isn’t on par with some of the other stellar apps on this list, it is definitely worth the free test drive, especially for those nostalgic for the old Wave Race.
For a more detailed review of this game, click here 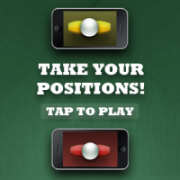 On the Apple Ad, Finger Foos seems really cool and fun, but it really isn’t – it is terrible. The game is ridiculously simple and requires absolutely no skill whatsoever. The technology behind it is slick as you can see in the commercial, but the game just isn’t very fun.

It is a very very poor version of Touch Hockey: FS5, but does have the benefit of allowing more players to compete at once. It is a free game, so try it out yourselves to find out just how terrible it is and how misleading the ads can be. 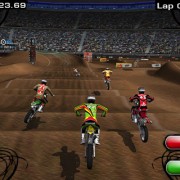 If a game developer charges $8 for a game, it better be a very good one, especially since that price point is at the top end for games and it is the most expensive game on this list. 2XL Games, the developers of 2XL Supercross did not disappoint. This game has everything: the graphics are crystal-clear, the sounds of the engines are life-like, and the physics of the game are nearly perfect. A player can customize the look of his rider, ride in either a 125cc, 250cc, or 450cc bike, and race from four different camera views.

The controls take a little while to get used to, but once you get them, the game is a lot of fun. And if you don’t like the preset controls, no worries, as the game has eight different control configurations. This is another must have for any game enthusiast. Best of all, it has a free version to test-drive.