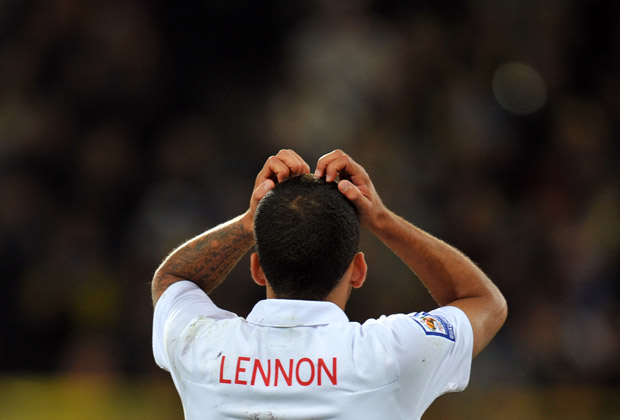 England lost to Ukraine yesterday, thus sullying Fabio Capello’s 100 percent World Cup qualifying campaign record. While I understand that CrunchGear is quite popular in England—we get so much fan mail from Stoke!—I also understand that many of our American readers have no idea what I’m talking about, much less do they care. Au contraire, mes amis, for there is something that might interest you: the result of the online-only broadcast experiment. A toast, then, to the 500,000 or so people who watched the game.

You’ll recall that no “traditional” broadcaster wanted the show the game because, well, to be honest, it was a rather pointless one, seeing as though England has already qualified for next year’s World Cup. Why bother paying through the nose for a game that means nothing, and that not too many fans would bother watching? That’s the logic, at least. So in stepped Perform, which specializes in Streaming Stuff.

Perform itself said there were “no issues” with the broadcast, but you’ll have trouble convincing someone that watching a stream on your laptop can replicate the experience of watching on your big screen TV, or at the pub, or, well, at the game itself!

In other World Cup news, man alive was that Argentina-Peru match dramatic! And yes: I watched it on an illegal P2P stream. Oh noes!