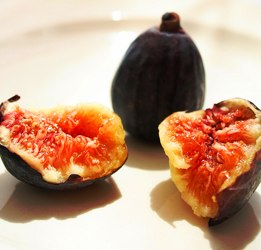 One of Twitter’s limitations when expanding to the global community is the fact that the microblogging network is currently only available in English and Japanese. Other social networks like Yahoo Meme have tried to capitalize on this gap by offering a Twitter-like network in Spanish and Portuguese.

Today, Twitter says it will soon be rolling out support for FIGS: French, Italian, German, and Spanish. In a blog post, the social network says that it hopes to offer Twitter in several other languages in the near future. And while Twitter is going to be doing some of the translations in-house, they are mostly trying to crowdsource translations, which is a strategy that Facebook has used in the past.

So now, Twitter will offer a tool that lets people suggest translations for the site. Once people submit translations, Twitter follow up on the technical backend. The tool will be rolled out to a small group of volunteer translators and as they come in, Twitter will distribute the translations to developers so they can offer multi-language support. Twitter adds that the crowdsourcing strategy has been the foundation for many features on the site such as @mentions and retweets. Users submit their ideas and Twitter will make them a reality. It appears that translation volunteers will be given a level, which will be indicated on their profile (see our screenshot of what this looks like below). It’s seems safe to assume that as your become more reliable with translations, you move up levels.

It’s about time that Twitter rolled out more language functionality and what better way to do this than to lean on your loyal followers to help out with this endeavor. And with versions of the site in more languages, Twitter should be able to increase its international following. It’s certainly worked with Facebook.

Now, Facebook wants to unleash its army of volunteer translators on other sites and apps across the Web. Any site or app that use Facebook Connect can now tap into the Facebook community to get help translating their site into any language that Facebook Translations supports.

Update: here’s the translation agreement sent out by Twitter to a subset of users. Click the image to view a larger size. 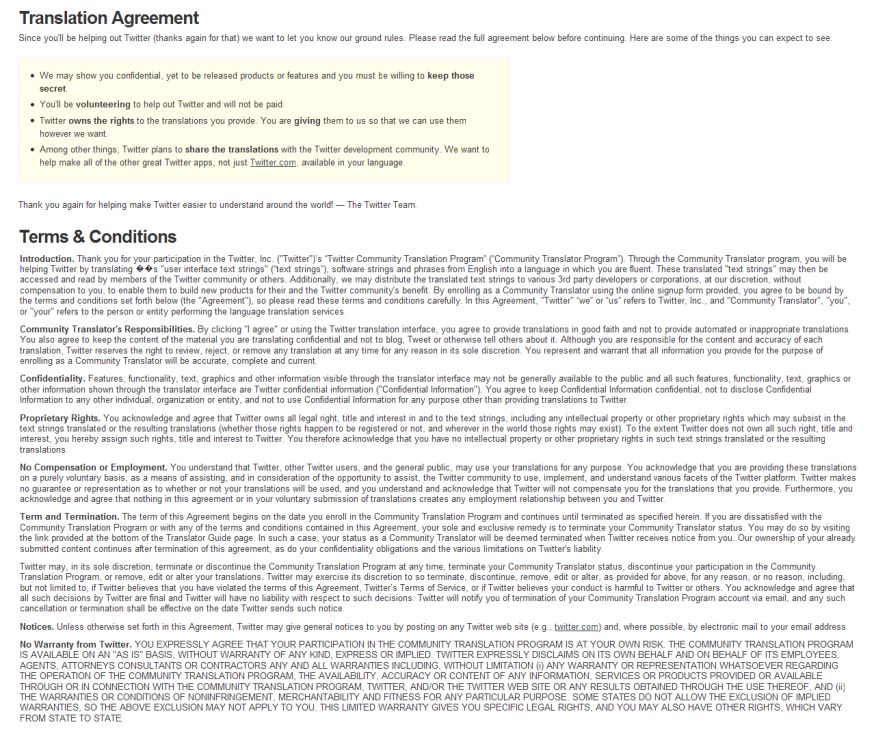