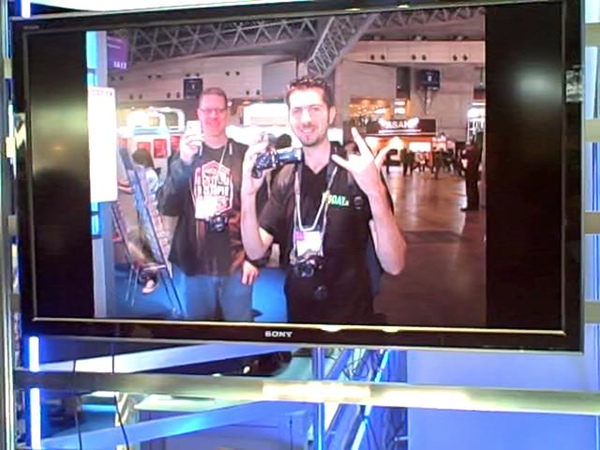 John mentioned TransferJet briefly during the Toshiba press conference at IFA in September. It’s a wireless data transfer system. It’s different from Bluetooth in that there’s no pairing required. It’s also extremely limited in range — like, two inches or less — so there’s less need to worry about someone sending pr0n to your mom’s TransferJet-enabled television. Sony’s got a live demo of TransferJet at their CEATEC booth, and I’ve got to admit that it’s pretty cool — and fast!

TransferJet purports speeds up to 375Mbps. As you can see here, it’s reasonably fast. Part of me is frustrated that we’ll all have to buy new gadgets to support yet another wireless data transmission system; but part of me is also pretty keen to stop searching for USB cables that I seem to keep losing.