“The most value you get out of most conferences are the parties from nine to midnight,” says frustrated August Capital partner David Hornik, complaining that most of the time at events is spent listening to people talk at you. He says the two way conversations are far more valuable, and you only get that at the parties, or outside the event in the lobby.

So three years ago he started an invite only, strictly off-record conference aptly named The Lobby. It’s held in Hawaii each September, and the goal is to have nothing but conversations. And a few mai tais.

This year’s event, which just ended, had just under 200 hand picked attendees. Venture capitalists, startup entrepreneurs and established CEOs attended The Lobby. Some astonishingly candid alcohol and sun-lubricated conversations break out, sometimes by the pool, more often at the ocean-side bar. And I’ve heard that more than a handful of venture capital, acquisition and business development deals were first conceived under the fading light of a stunning sunset at The Lobby.

The event is strictly off record. And apart from the first year of the event in 2007 where one blogger who posted light content was permanently banned, the rule has been strictly obeyed.

Who attended this year? I can’t say, under threat of not being invited back next year. However, a search for the event on Twitter shows a handful of notes from attendees. And Facebook has a scattering of happy pictures uploaded from the event. There are also a few people included in the overview video on the conference website. First Round Capital partner Rob Hayes is shown above wearing a shirt that you can only be seen in on vacation.

For a blogger like me, seeing so many juicy, sometimes inebriated sources lounging by the pool is a difficult thing. The off record aspect of the conference makes it extremely frustrating. It’s a little bit like a strip club, you can look but you can’t touch.

Is it also a bit of a boondoggle? Yes it is. But this is the kind of event that Silicon Valley leaders and do’ers need every once in a while, far away from the scrutiny of the pundits and comment trolls who so often disrupt conversations. It’s also a clear indication that the real value of events isn’t so much the on stage content, but the stuff that happens off stage. In, well, the lobby. I count myself lucky to attend. 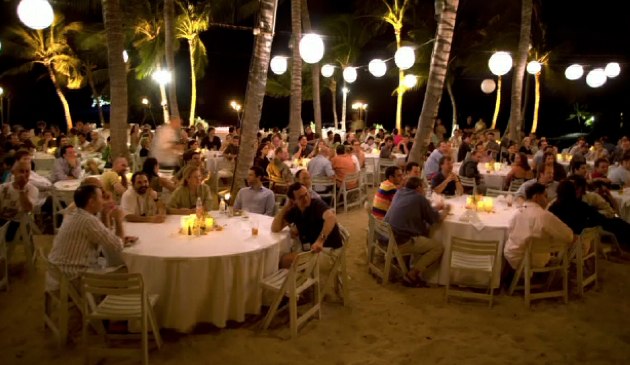 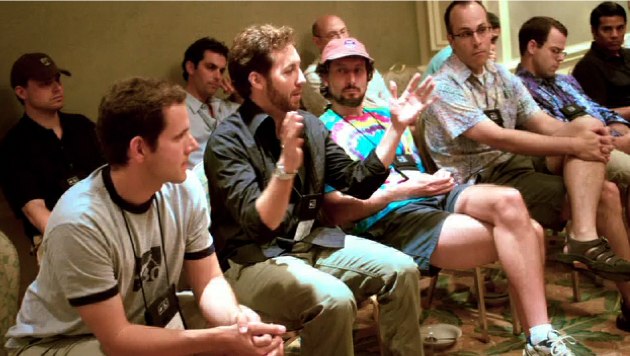 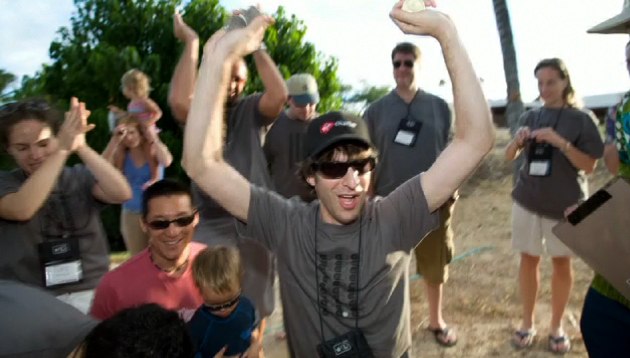 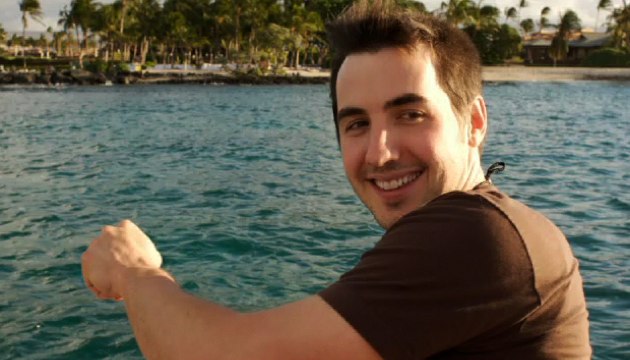