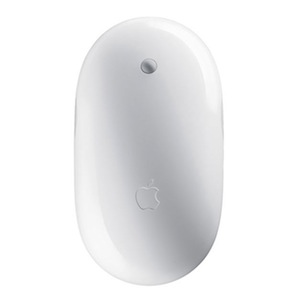 It seems pretty clear at this point that Apple is getting ready to release a new mouse, probably with some kind of multi-touch capabilities, that is probably attached to some new iMacs. No one is happier about that than me, as I hate the current Mighty Mouse. But it looks like Apple may not have a chance to create a device that lives up to that name this time around, as someone else has won the trademark for the name “Mighty Mouse.”

Man & Machine, a company which makes computer peripherals, says it has been granted the trademark on “Mighty Mouse” from the United States Patent and Trademark Office as of yesterday. Sure enough, it’s there on the USPTO site. For over 5 years, the company says that it has used the name for its line of mice that are “rugged, hygienic, waterproof.” The company has a press release for the trademark decision; clearly, they are jazzed about the win.

And they should be. Though they never mention Apple by name, they do say that “Others have used the name Mighty Mouse for their computer mice and have sought registration of that trademark, but now the United States government has spoken.”

Perhaps the U.S. government wasn’t a fan of Apple’s poorly executed mouse either. And now it looks like unless they want a trademark fight, or to pay Man & Machine a lot of money, the new mouse will get a new name. iMouse? Apple Mouse? Touch Mouse? Let the guessing begin.

It’s worth noting that “Mighty Mouse” was also the name of a cartoon series, and yes, parts of it are also trademarked, and Apple was using the name with CBS’ permission. But since the cartoon is not a computer peripheral, CBS didn’t have a claim to the name in that realm, apparently (though they tried).