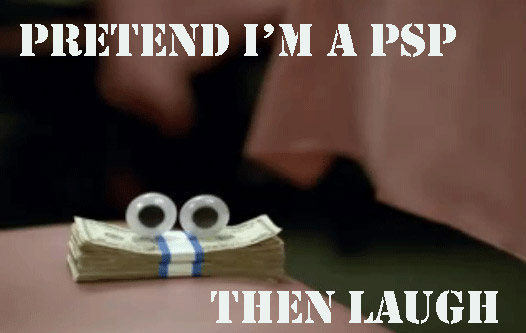 Sony would do well to hire the man who put this PSP mod together. It’s basically what the PSP should have been since Day One: a built-in camera, 32GB of flash memory, and a second analog stick. Well, you have to stretch the definition of analog stick here; it’s that nub thing.

Who came up with this? JoblessPunk, who looks like every character in Kingdom Hearts, explains the whole damn thing.

Yeah, the video is a little on the “you’re kidding, right?” side, but the PSP itself is commendable.

And I have a question for anyone in high school right now: is the goth look still popular, or did it die? I don’t care either way, I’m just curious as to what’s going on with America’s youth.