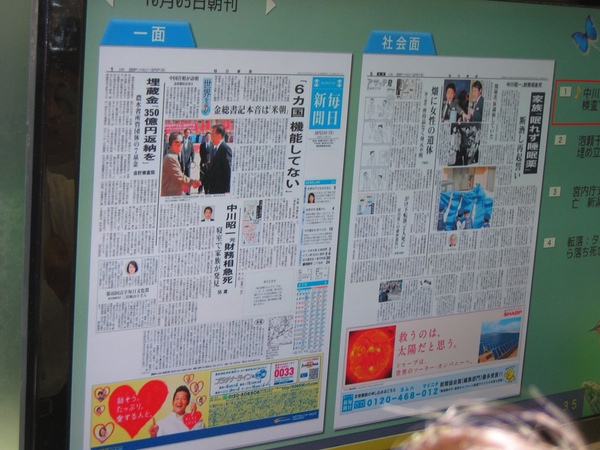 Sharp has on display a number of fun new gadgets at CEATEC. As is all too often the case, these things are for Japanese release only (at least for now). Maybe we’ll see them in a couple years.

First up is this digital photo display which integrates a telephone and fax. You can see a visual address book, which allows you to dial recipients by picture. It can also display received faxes on screen, if you’re the faxing kind of person!

Sharp is working to integrate Internet content into some of its AQUOS televisions, and is currently testing digital newspaper delivery. Rather than read a physical newspaper, some Japanese can read the day’s edition right on their AQUOS TV: 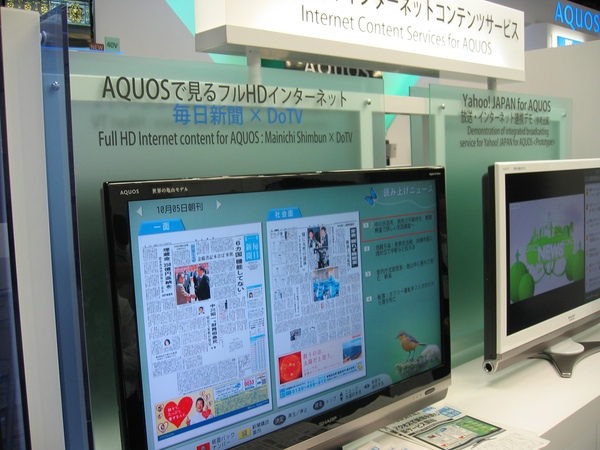 At first I thought this was a pretty clever idea; but the more I thought about it the less impressed I was. I don’t know anyone who would actually use their television — no matter how big or how wonderful — to read a newspaper. I think folks I know are much more likely to use a Kindle or similar e-reader. Japan can keep the newspapers-on-TV idea!

And finally, solar powered cell phones. Not entirely solar powered, of course, but chargable through solar energy. Five minutes of sunlight provides one minute of talk time. That’s twelve minutes of talk time for an hour of solar charging. Not great, but not really terrible, either, if you’re the kind of person who consistently forgets to charge your phone. 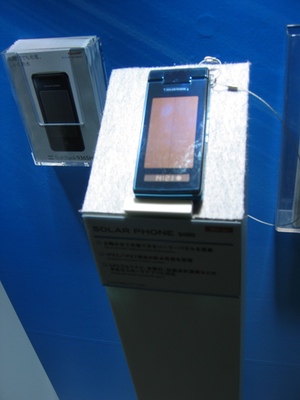 And as a bonus, I got to play with the Sharp Netwalker PC-Z1! 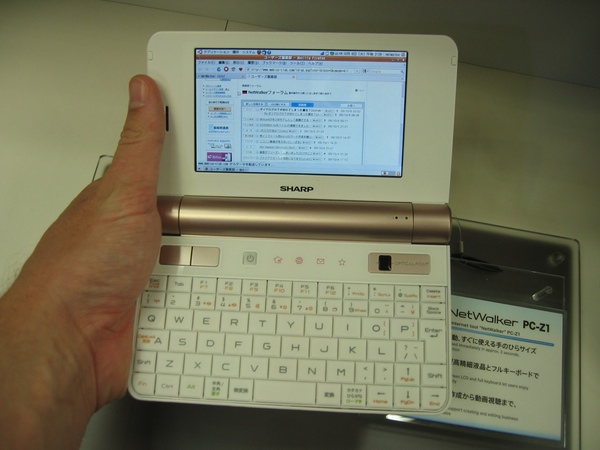 This thing is nigh-unusable for me. But I still think it’s cool!