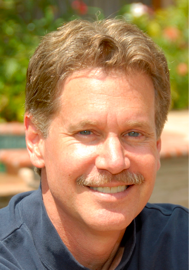 MySpace continues to flesh out its executive team after the shakeup earlier this year that saw the departure of much of the site’s old guard. Today the company has named Mark Rosenbaum as Chief Financial Officer — a position that didn’t previously exist at MySpace. Rosenbaum will be charged with running finance and accounting for the company, and will work under CEO Owen Van Natta.

Here’s the bio MySpace is sending out about Rosenbaum:

Prior to joining MySpace, Rosenbaum served as a consultant to MGM, advising on business intelligence and financial management system implementation. Prior to MGM, Rosenbaum held the Senior Vice President, Corporate Finance position at Gemstar-TV Guide (formerly a News Corporation Company), and served as CFO of the tvguide.com and TV Guide Mobile units. Previously, Rosenbaum had served as Chief Executive Officer at SmartJog S.A., a VC-backed French startup specializing in worldwide digital asset delivery. Prior to that, Rosenbaum served as Senior Vice President of International Free/Basic TV Distribution and U.S. Networks for Twentieth Century Fox, and has also held senior management and finance positions at the Walt Disney Company.

Other recent MySpace hires include Alex Maghen as CTO (he was formerly CTO of MySpace Music), former AOL and Tsavo exec Mike Macadaan as VP Product, and former Facebook Director Katie Geminder as SVP of User Experience and Design.