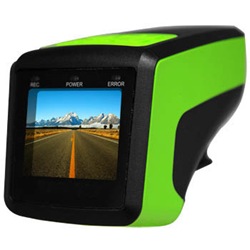 I bet that on your daily commute to work you’ve often thought to yourself, "Man, this is EXCITING! I wish other people could see what I see! Cars! Billboards! More cars! A truck!"

And while standard dash cams work well for run-of-the-mill vehicular lifecasting, their relatively low resolutions and short recording times make for a less than desirable compendium of your transportational adventures.

For $300, you can get yourself the Car Cam Voyager — an LCD-equipped video camera that’s capable of recording up to 48 hours of 720×480 video to a 32GB SD card. Installation consists of mounting the camera to one of the overhead visors and plugging it into your vehicle’s lighter. 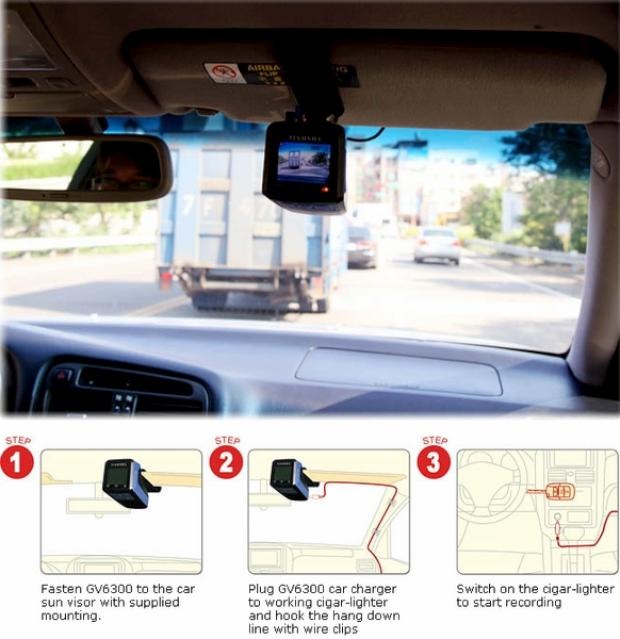 It’ll capture clips in 15-minute increments and when the storage gets filled up, the camera will automatically delete the oldest clips to make room for the new ones. There’s even a built-in battery that’ll keep the camera recording for 15 minutes in the case of an accident.

And last but not least, there’s an RCA output cable which will allow you to hook the camera up to your TV when you get home so you can relive the excitement that is your daily commute. I’d also suggest popping out the SD card and uploading your videos to YouTube so that everybody else in the world can get in on the fun.