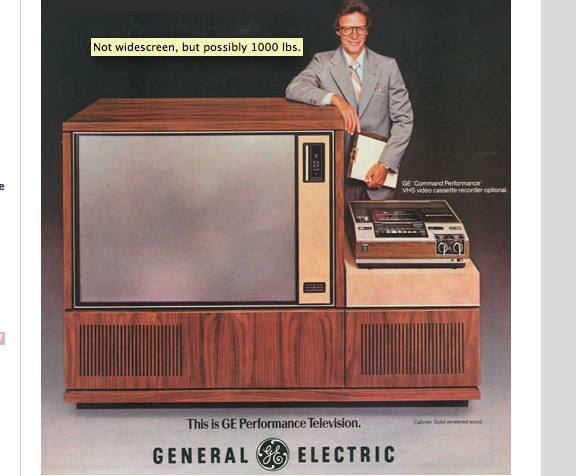 Kids, do you remember those big, clunky things in the living room we older people called tube TVs? They are dying off. One of the world’s biggest TV manufacturers, Panasonic, announced yesterday [JP] it will stop producing those TVs after 55 years.

The Japanese company started making those devices back in 1954 and actually ceased domestic production as early as April 2005. Beijing Matsushita Color CRT, a joint venture Panasonic started in China, continued selling tube-TVs after then, mainly serving markets in China and Southeast Asia.

But Panasonic says now even customers in emerging economies want flat-panel TVs. The company will sell off its 50% share in said joint venture to its Chinese partner and solely focus on manufacturing flat-panel TVs from now on.