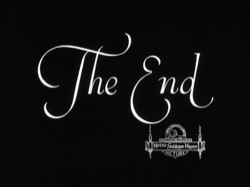 When your smartphone drops from $299 ($199 with contract) to $79 over a summer, you have to wonder what’s going on. Two rumors are circulating this AM, one that Palm is laying off folks, perhaps in the Windows Mobile team.

UPDATE from Palm: “We are not laying people off. As we continue our transformation we are better aligning our staff with our business objectives.”

The estimated sales for the Pre topped out at somewhere under the 810,000 range (Palm reports it sold 810K units last quarter and states at least half of those where Pres) at the end of August and they went from $299 ($199 with contract) to about $79 in about eleven weeks. While this might be normal for a feature phone – the subsidy kicks in once they’re sure that the early adopters who simply must have the LG Chocolate have had their fix – this isn’t good for a smartphone that was supposed to be the lead invasion force for a new WebOS smartphone renaissance.

Finally, Palm has backed off over iTunes Syncing. The latest WebOS update doesn’t sync with iTunes and won’t be syncing with iTunes any time soon. After using brute force and then running to the USB standards body, the company may have finally given up.

The end of Palm will come quickly this time. They’ve been idling for too long – since about 2004, in fact – and if they can’t push through their first year with at least some modicum of success it’s over.

For more info about Palm’s numbers check out Jason’s post about the 810K figure.