When it comes to free media streaming, the United States is flush with premium content from great sites like Hulu and MySpace Music. But aside from a handful of exceptions, the rest of the world is out of luck. Today, the balance changes a bit: MySpace has just launched its hugely popular MySpace Music service in Australia and New Zealand, bringing those regions unlimited streaming of songs and albums from all four major music labels, as well as many indies.

AU/NZ users will have access to the same features as the US site, including shareable playlists, artist activity feeds, and other social functionality. But there is at least one notable difference: while MySpace Music launched in the United States with Amazon as its partner for purchasing digital downloads, the AU/NZ version has teamed with Apple’s iTunes. MySpace wouldn’t comment on whether this is foreshadowing a larger partnership, but we may well see the Apple deal extend stateside. MySpace likely had an exclusive partnership with Amazon for the US launch, but it’s been a year (which may well have been the length of the deal), so it may soon be free to explore other options.

Since launching last fall, MySpace Music has been something of a bright spot for the otherwise faltering social network. The site has seen a tenfold growth in traffic since launching, with the US portal drawing 18.95 million users (it’s also the #1 site in time spent for the all important 18-34 demographic, though some of this can be attributed to the fact that users can leave it playing in the background). MySpace Music also recently rolled out a much improved homepage and has seen a number of exclusive releases. 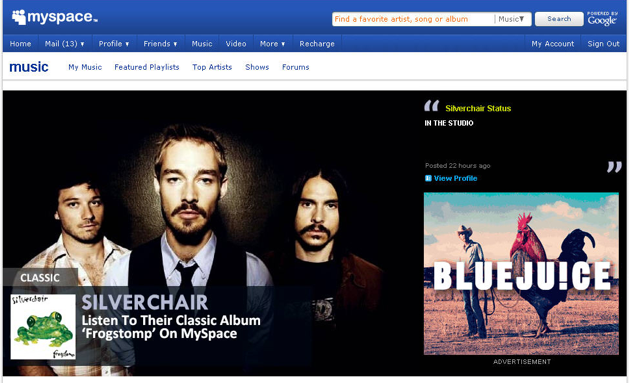