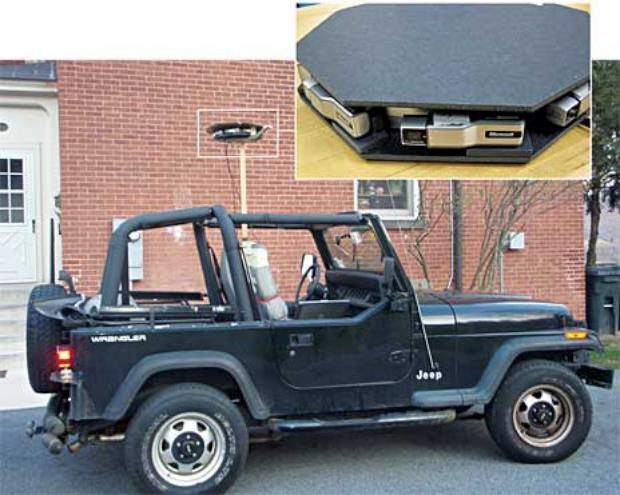 If you suddenly find yourself with $300 to burn, an old laptop, and too much time on your hands this weekend, I might suggest that you build a DIY Google Street View-style rig for your car. That’s what West Point student Roy Ragsdale did for his “disruptive technologies” class. And if someone at West Point does it, it’s okay for you to do it.

The gear consists of eight Microsoft LifeCam NX-6000 webcams, a couple D-Link USB hubs, a GPS receiver, and an old laptop running Ubuntu. Roy whipped up a script that made each of the cameras take a 1280×1024 snapshot every 20 seconds and then later had each 8-pack of photos stitched together to form a panoramic picture. He was able to grab photos while driving over 60 miles per hour that were “perfectly clear and on par with those available on Google Street View.”

Sounds fun, I guess. Sort of. There’s always the actual Google Street View, too, which involves keeping your $300 and far less driving. Well done for a class project, though.