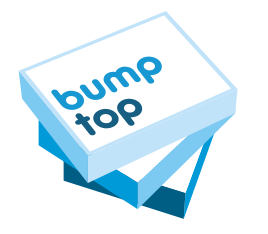 What if the desktop on your computer was just like your actual desktop? That’s the core idea behind BumpTop, a really nice looking graphical overlay for Windows-based operating systems. But as cool as BumpTop looked, you still had to use your mouse and keyboard to manipulate it. As I made clear yesterday, I want those to die. So good news for me today: BumpTop is adding multi-touch support. And the result is awesome.

When we think of multi-touch right now, most of us think of the iPhone. But really, with such a small screen, there are only so many gestures you can do. Multi-touch BumpTop greatly expands that roster, and includes several gestures that it claims to have patents for. Basically, they have gestures that use all of you fingers, and both hands, and even the side of hands. You can “lasso” things, “shove” them, “scrunch” them, and “crop” them.

This graphic below shows a list of the gestures BumpTop offers that competitors don’t, including the ones that they apparently have patents on (labeled as “BT”). 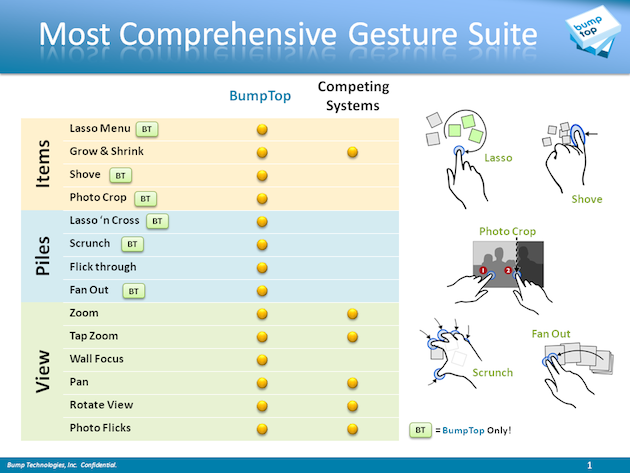 Naturally, for these multi-touch capacities to work, you’ll need a computer with a touch screen surface that supports multi-touch. Right now, those aren’t widely available. But all indications are that soon enough, there could be a range of devices on the market with such capabilities (sadly, this is Windows 7-only — so no, it won’t work on an Apple Tablet). If you don’t have one of those however, BumpTop will continue to work on a majority of Windows-based PCs just fine with more traditional input devices.

The most obvious use of Mutli-touch BumpTop is with media, as you can easily manipulate images (watch the video below). But the service also works with documents (dragging them around, bunching them together, Google Gadgets, and even webpages as widgets. Also, there is social networking support, so if you edit an image in BumpTop, you can easily upload it immediately to Facebook or send it to Twitter.

I’m sure I’m not alone in thinking that as soon as I have a computer that can run this, I want this. If not, you’re crazy, just watch it in action below. And below that find more examples of its multi-touch gesture support. 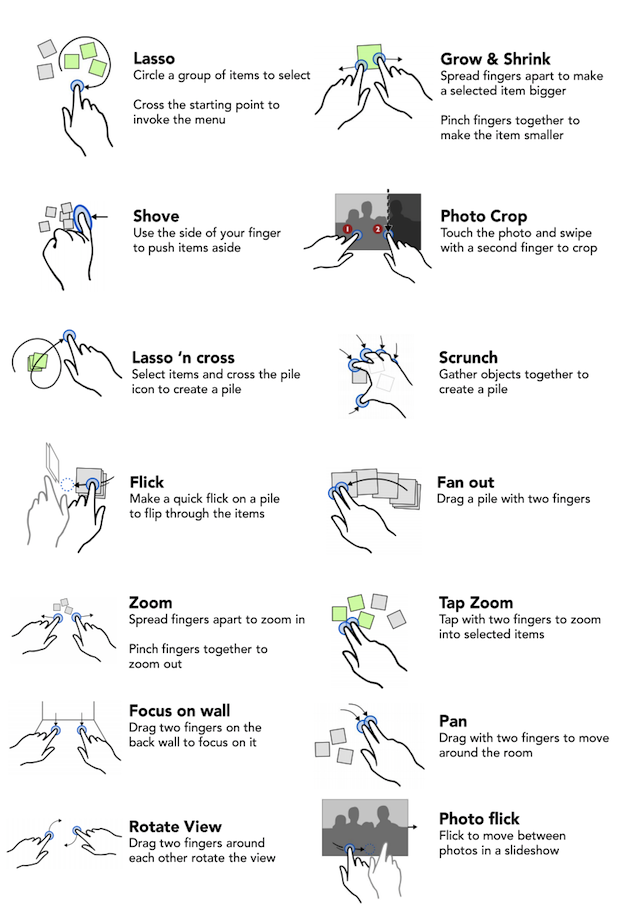