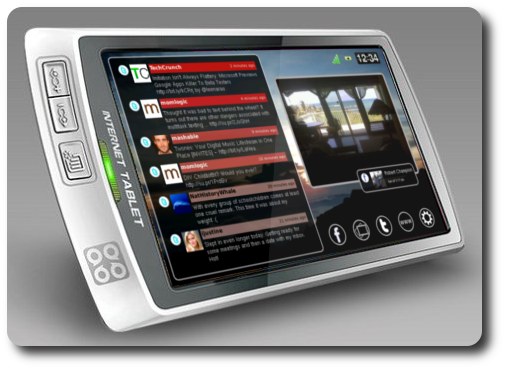 Social media applications are increasingly abstracted from their web-app roots, be it in Adobe air or an iPhone app. Devices like the Chumby have made some inroads towards completely breaking something like Facebook away from your desktop, but they haven’t been popular enough or good enough to catch on. I doubt that will change too much with the Lighthouse SQ7, but I’d be happy to be proved wrong. It’s just that incorporating voice recognition technology into your device seems like overreaching, as cool as it would be if it worked.

At any rate, it’s good to see companies still plugging away at what seems like a sort of awkward tweener device, but honestly, one I might like to have around. A combination alarm clock, social media doodad, and lightweight browser — fitting somewhere on the twisted continuum between tablet computer and digital picture frame.

At $250, it won’t break the bank, but it’s not quite low enough to encourage impulse buys, either. I have my doubts about the hardware quality, but at least it’s got something going on the inside. The 7″ 800×480 resistive touchscreen stands between you and a 667MHz ARM processor, 128MB of RAM, and a gig of storage. It runs a custom Ubuntu and has a 4500mAH battery, which is good for five hours of use (not enough, but you can plug it in). I think the hacking possibilities are pretty solid for this thing. I hope at least they’ll add a little more functionality to it. Facebook and Twitter might be the 800-pound gorillas of the social web, but that doesn’t mean they’re all there is to it. AdelaVoice and other potential device-makers take note. 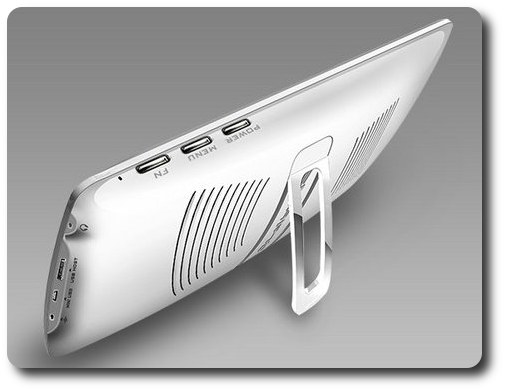 The voice recognition works for the demonstrator, obviously, but the question is this: do you have to speak like a robot? – or at least have a naturally robotic air? Voice Search works pretty well in Android if you’re careful about it, but I foresee some embarrassing homonym-related faux pas. You could also use Dial2Do if you’re really interested in having voice recognition in an already-available service, but I doubt you want all your friends’ updates dictated to you.

Although I’m not convinced that this particular one is the device I’d like sitting around the house with my friends’ latest updates and my latest photos on it, it seems to be on the right track. We’ll see about giving it a spin, but if my measured recommendation has made you salivate with desire for the thing, you can pre-order one now and they’re shipping on October 7th.