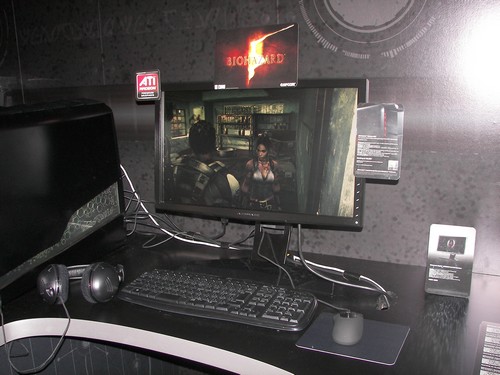 Alienware announced yesterday they will “shake the gaming world to its foundation” at the Tokyo Game Show 2009. Well, the show started today, I went there and played Resident Evil 5 (and a bunch of other titles, for example Streetfighter 4) on Alienware hardware. I’m not sure if the gaming world is really that different when compared to yesterday, but all the games did look damn impressive on the Alienware notebooks and desktop computers.