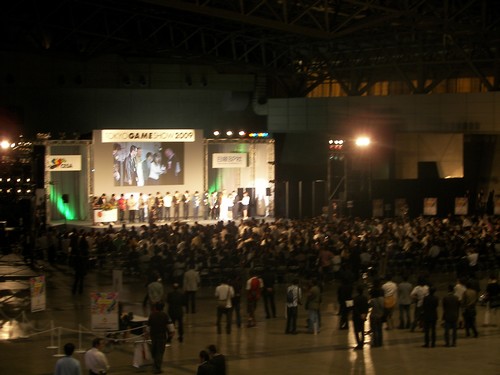 I just came back from this year’s Tokyo Game Show and must say I am pretty disappointed with the show this year.  There were hardly any highlights, Sony didn’t show their motion controller anywhere after the announcement during their keynote (picture of the device after the jump/more info later) and staff members often didn’t let me shoot any pictures or videos (which I did anyway if there was the chance).

Here are some pictures from two booths of the show. The picture above shows the final event of the first day (Sunday is the final day). More material from the Tokyo Game Show follows today and tomorrow.

Sony’s booth
The Sony booth was huge but appeared to be smaller than last year: 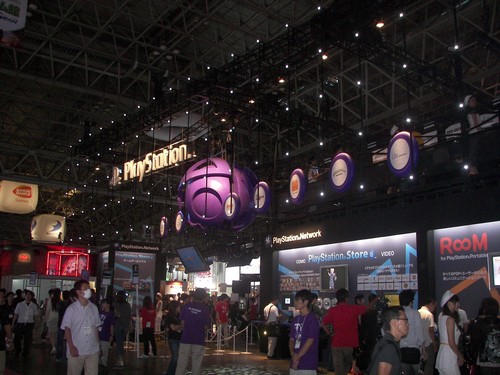 This is the Sony Motion Controller for PS3 (which will support existing games like Resident Evil 5 or Little Big Planet, too, and goes on sale in spring 2010): 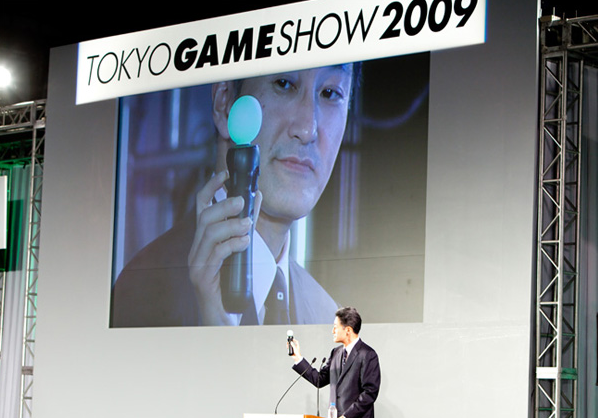 Sony showed an AMG to promote Gran Turismo 5, which looked fantastic and will be available in Japan March 31, 2010: 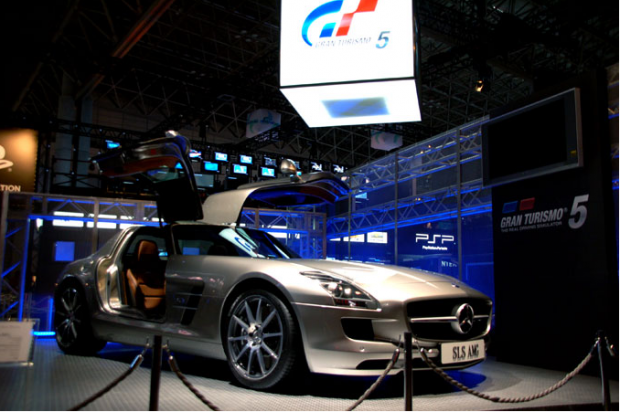 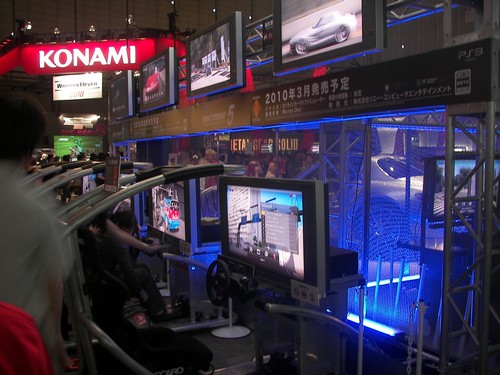 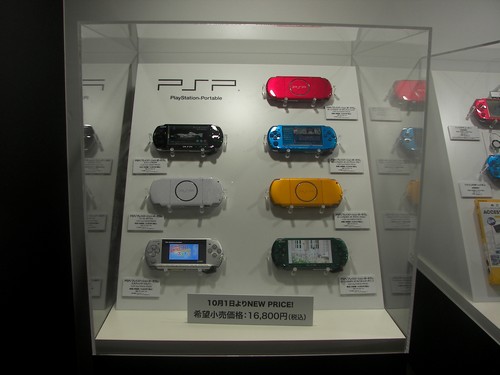 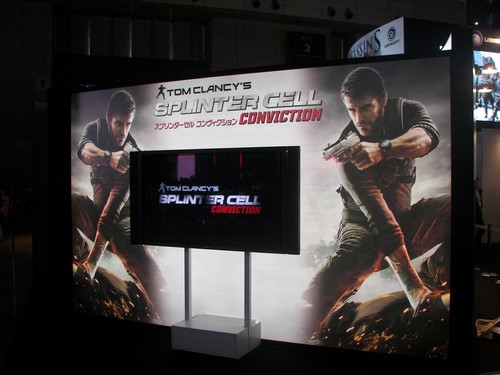 Assassin’s Creed for the PSP was cool: 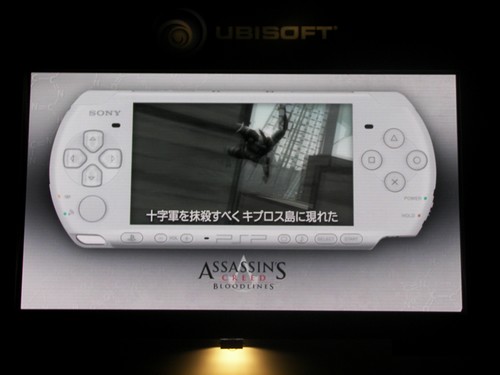