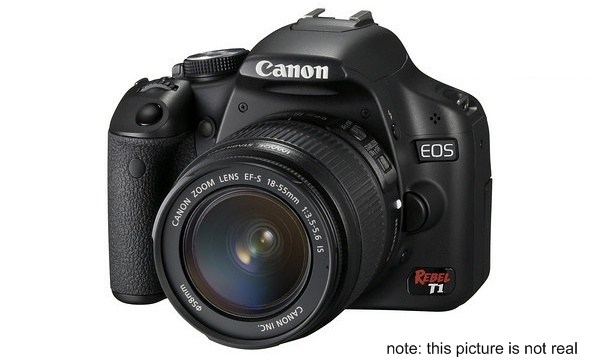 One sweet day, Canon will unify its naming conventions, and I won’t have to put slashes in post titles ever again. But until that time, we’ll just have to deal with this dual naming nonsense. You may remember the T1i, a camera I advised against getting because of its ridiculous 20 frames per second video mode. The rumored T1 fixes that, but doesn’t appear to change too much else.

It’ll be using the Rebel XSi’s sensor and a DIGIC IV image processor, and should take shots at about 3.5FPS. 1080p movie mode is restricted to 30FPS, but I’m not sure about 720p. The rumor states there may be sensor-shift stabilization, which seems unlike Canon . They’ve always been lens-based stabilizers, but hey, maybe they saw the light. (Doubt it)