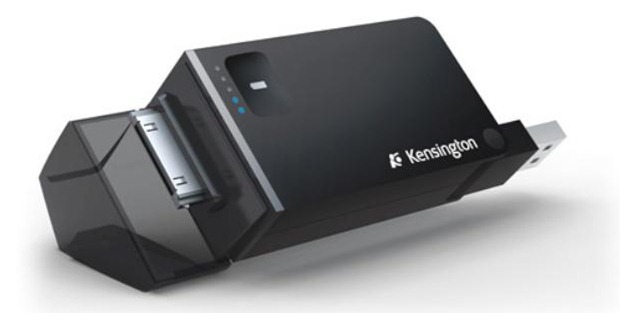 Battery backup options for the iPhone and iPods, they’re everywhere! Seemingly in yo’ face at all times. This new one from Kensington is a little bit chunkier than most, but it’s got a flip-down USB connector, which means no extra cabling to carry around, and the whole getup doubles as a landscape stand for your iPhone or iPod touch. 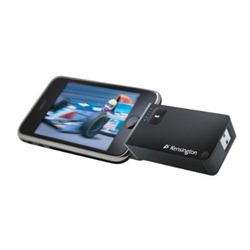 At $70, it’s not cheap — not by a long shot. At first glance you’d think the thickness of it would mean more charge time than competing products but it’s rated at five hours of talk time for the iPhone 3G, which is one full recharge. With other chargers like this going for $50 and under, Kensington might have an uphill battle at $70 unless people really, really want that landscape functionality or they really, really hate cables.

The Travel Battery Pack and Charger for iPhone and iPod touch is available for pre-order with shipments expected to start soon.

Kensington also announced an inexpensive low-profile car charger today. It’s available for $10 and looks like it’d fit snugly butted up against the cigarette lighter in your car, not sticking out like other chargers. 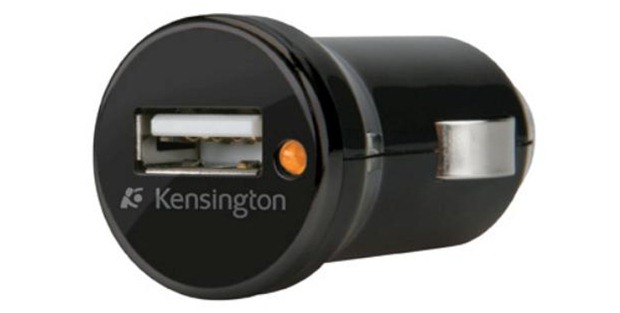 The standalone version sells for $10, there’s an iPhone/iPod version for $20 which basically just adds an iPod cable, and a kit that adds a home charger and mini-USB cable for $30.