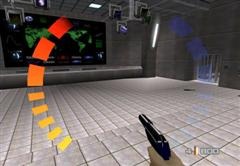 You guys sitting down? Bad news from The Internet!

Rare, the company behind GoldenEye 007 for the Nintendo 64, basically said that the game will probably never be available for download on the Wii or Xbox 360.

Although there’s apparently been some back and forth in the way-distant past, Rare’s recent newsletter addresses a reader question concerning whether or not we’d ever see GoldenEye again.

“That was some time ago, my friend. Fate was against us that day. Destiny conspired to raise the hurdles even as we attempted to clear them, resulting in unpleasant groinal injury. I suspect we’re long past the stage where an agreement was on the cards, but you never know. Stranger things have happened… somewhere… probably.”

Ooh! Wait! “Stranger things have happened” means that everything will probably work out just fine, right? We’ll get GoldenEye on the Wii and/or Xbox 360 after all? No? Awww.

Groinal injury, indeed. I’d have shelled out 10 buckaroos for that one in a heartbeat.

[Nintendo Everything via G4]