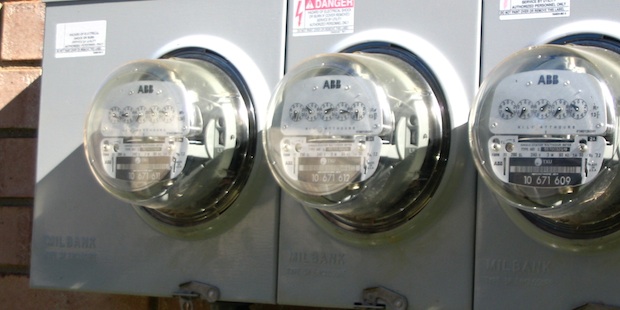 You know what would be a fun experiment? To go outside and find your electricity meter. All those laptops and netbooks and iPhones and PS3s and speaker docks you’ve got plugged in are, in fact, drawing power. As such, we’re all essentially killing the planet. I don’t know about you, but I’m patting myself on the back right now for being so awesome.

It turns out that consumer electronics now account for 15 percent of global energy demands. That’s according to the International Energy Agency, which certainly sounds credible. To put it into hard numbers:

To satisfy the demand from gadgets will require building the equivalent of 560 coal-fired power plants, or 230 nuclear plants, according to the agency.

What can we do about this? Yes, the dreaded (by some) “r word”: regulation. Compared to 1990 models, today’s refrigerators draw 45 percent less power than they once did. Washing machines draw almost 70 percent less power. That’s because the government stepped in a said, “Ok, we’ve got to have some energy standards here.”

Considering just how power-hungry, say, plasma TVs are, I don’t think it’s out of the question to expect/hope for some sort of regulation. Will that increase prices in the short-term? Sure maybe, but in a couple of years when Company A debuts a TV at CES that uses 25 percent less power than the next least demanding model—think of the money you’d save in energy costs alone—then you’ll be thankful.

Until then, go us!