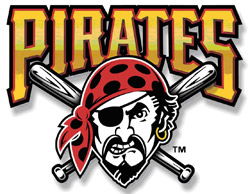 Tomorrow, Saturday, September 19, is Pirates’ Day in World of Warcraft. “Commoners wearing pirate garb have appeared in all the world’s cities with the news that the Dread Captain DeMeza and her crew have landed in Booty Bay and declared it Pirates’ Day!” Great, yes, but I say we take it one step further: let’s bring Pirates’ Day to the Real World.

Yes, there’s already Talk Like a Pirate Day, but that holiday, like so many others, has become so commercialized over the years. With Pirates’ Day, I propose the following:

• We all dress up like pirates, even if we have to go to non-pirate places, e.g., the bank, the supermarket, the local pizza place, the local nightclub, etc.

• Piracy will be encouraged. That’s either digital piracy or the Spanish Main kind. You’ll have to supply your own boat, however.

• Any and all jokes told during the day will have to be pirate themed. “Did ya see the man with the peg leg? That was me who shot him, lol!”

• Pirate lingo will be encouraged. Words like “matey” and “wench,” while rustic to our ears, are just part of the ambiance on Pirates’ Day.

I’m open to other suggestions because it’s quite obvious this list ran out of steam after the second bullet point.