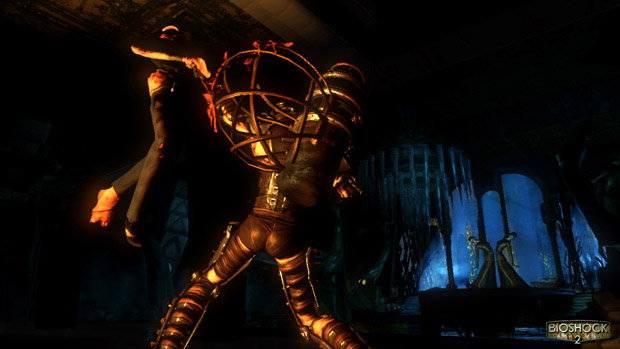 Quick, grab something—anything, it doesn’t matter! Now drop everything! 2K Games has just announced the release date of BioShock 2: February 9, 2010. That’s the same day Zeno was crowned as co-emperor of the Byzantine Empire!

The game will be available on both major system, the Xbox 360 and the PS3, as well as for PC; this is not news to you, I admit. Frankly, there’s really not too much to say: 2K sent out the e-mail announcing the date, and now we’re relaying it to y’all.

Let’s see, February… that gives me five months to finally finish the first game, which I stopped playing several months ago. I tend to tire of shooters pretty quickly these days; it’s all been done.

No matter, for now it’s time to add an event to our Google Calendars!