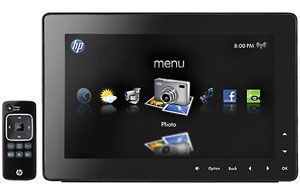 That’s a spicy meatball as far as pricing is concerned, although you do get a few more bells and whistles than you’d get with a standard digital photo frame.

Features include the following:

Here’s a thorough review from DigitalPictureFrameReview.com if you’re interested. [Thanks for sending this in, Ben]