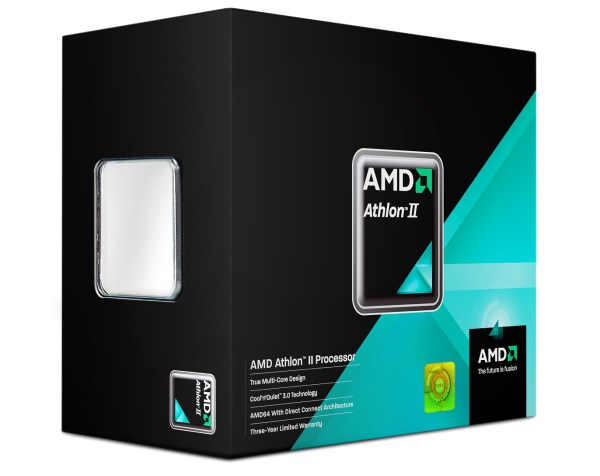 AMD just revealed a processor for their “Mainstream Desktop Platform” that will be going for less than a bill. There are cheap processors out there already, but this is a full-featured, quad-core 45nm part, not some cut-rate piece of garbage. Sure, the Athlon II X4 620 isn’t going to set any speed records, but it’s part of the excellent AMD ecosystem. Paired with a similarly low-cost video card, you’ve got a really low-cost machine that’s capable of HD playback, upscaling, and all the stuff that were pie in the sky for budget setups not too long ago.

If you’re putting together a barebones or basic system, whether it’s for your mom or as a spare PC for the garage, AMD definitely has compelling reasons to go with them. Even with their lowest-cost components, you get a lot of the benefits provided by their ecosystem.

There’s more information here, but you’re more likely to find it as just part of a low-end pre-built system, or as a bargain piece at Newegg or Tigerdirect.