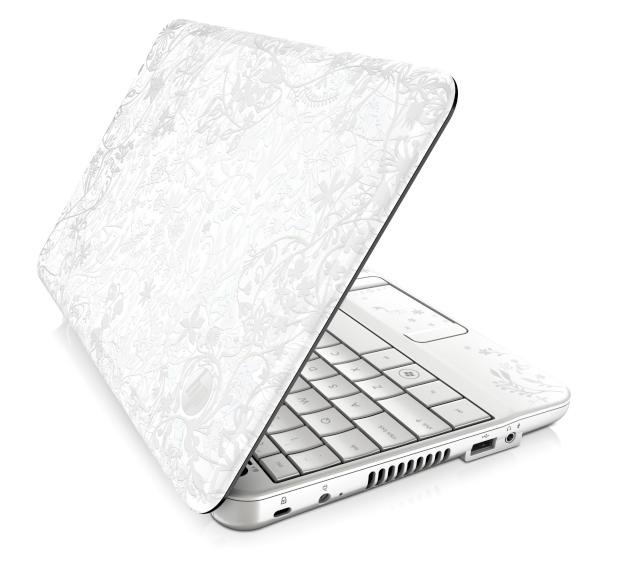 If you follow the Dutch design scene as closely as I do, you’ll be thrilled to hear that the one and only Studio Tord Boontje has created “the industry’s first three-dimensional PC surface technology” and worked it into HP’s Mini 110 netbook line.

Okay, I’ll admit that I don’t actually follow the Dutch design scene as closely as I should because I don’t know what the hell HP is talking about here. Ah, some clarification:

“The HP Mini 110 features the debut of HP Imprint 3-D, the industry’s first 3-D PC surface technology. Multiple layers on the top cover are used to make the art appear to float on the surface while casting shadows onto lower layers. This new technology brings a depth to Boontje’s intricate pattern of plants and animals.”

This new design has somehow gotten heavier, though: up from 2.25 pounds. Maybe all those crazy 3D layers add some heft.