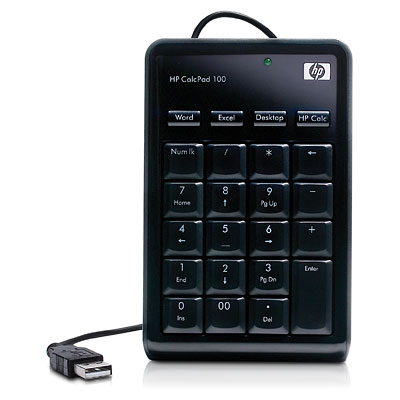 It’s not the news of the century, but this little gadget from HP looks pretty useful. After all, there are plenty of people out there who need a separate number pad, whether it’s because they’re on a compact laptop, they like small keyboards, or whatever. The problem is that, like all USB devices, it takes up a USB port. If you’re a power user, every port counts, and who knows whether a certain fat thumbdrive will fit in next to the other thing, right? Luckily, the Calcpad also has two USB ports built right in.

Yeah yeah, it’s not that exciting, but this could be something you may actually use at your job, as opposed to stuff like that Ferrari iPod dock, which is hot but… come on.