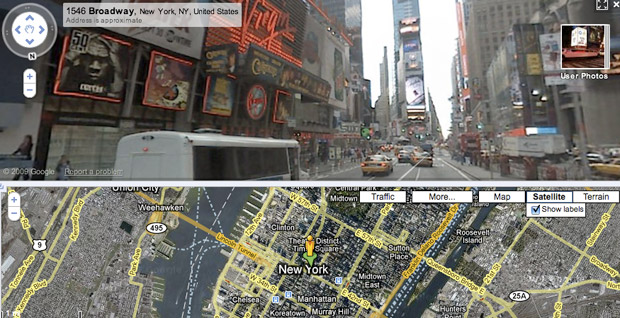 Looks like Google Street View is in the news again today, but for all the wrong reasons. A Swiss agency has threatened to sue Google because it hasn’t taken to proper privacy considerations into effect, saying that “many images are problematic and insufficiently anonymous.”

A few weeks ago, the same Swiss organization asked Google, officially, but knock it off with the Street View, but Google offered to change it enough to placate the organization’s demands. The main issue has to do with when Street View shows private roads, or when someone’s car’s license plate is visible. Basically, it’s just trying to maintain some semblance of privacy. I don’t think this Swiss organization is against the idea of maps or anything, but when you’re able to make out someone’s face as he’s walking down the strasse, well, there’s no reason for that. What purpose does that serve?

Google, for its part, maintains that Street View is 100 percent legal in Switzerland, and will work to ensure its survival there.

How many of you have actually used Street View for anything other than saying, “Oh, hey, we were kicked out of that bar once?” Maybe if you’re visiting New York for the first time, and want to see what the area around your hotel looks like?