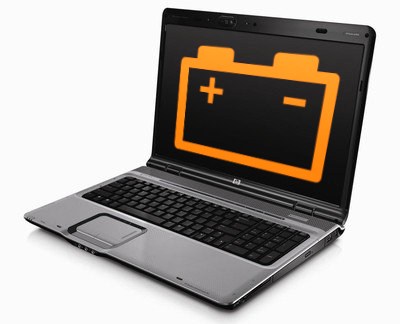 There are so many factors in today’s newfangled computer-gadgets that it’s impossible to tie one down as key in something like battery life. But if you have reason to believe one program or component might be worth investigating as a major contributor to battery draw, why not check it out?

We all think of our browsers as being relatively passive applications, but the truth is they push huge amounts of data in and out of RAM, run constant searches against your temp folders and cookies, and all kinds of other things that you don’t really notice. While certainly not on the level of, say, rendering video, this can be a serious draw on your battery; and as the browser is, for many of us, the most frequently used program we have, it makes sense to investigate whether one might be more efficient than another in this respect.

To put it another way: it’s a slow news day. But that doesn’t make this little shootout over at Anandtech any less interesting. It’d be tedious to run down the details when you’re about to do that at the actual article anyway, but take a look at a few of the results here: 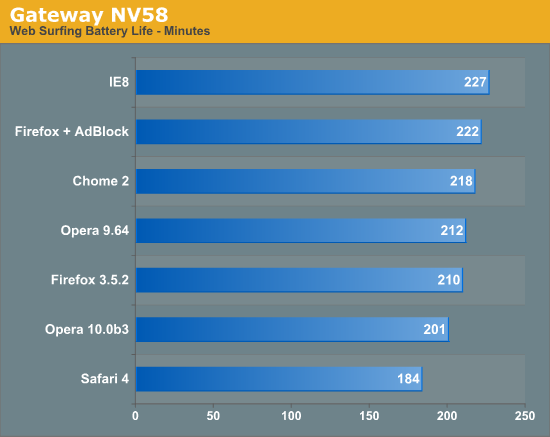 That’s actually pretty impressive. I think we have to give IE8 some credit here — but it might be worth checking this out on a Mac too, to see if Safari provides better performance on its native hardware.

While the total time saved is around half an hour at the maximum, that could be a half an hour you really need, so keep this experiment in mind next time you forget your AC adapter at home.

[via Giz and Lifehacker]