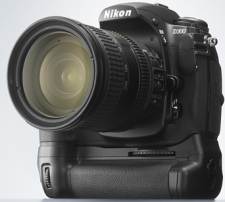 Nikon announced today that they are officially discontinuing the D300 DSLR. That should really not be a surprise as the D300s has been announced, effectively replacing a camera that came out in August of 2007 (that’s the equivalent of 25 years in digital photography time).

Regardless of the D300’s demise, it’s still a great camera, and well worth your photography dollar. Sure it doesn’t do video, but it does have the same 51 point auto-focus that the D300s does, it uses the same lenses, and the processing speed hasn’t been actually defined by Nikon as being that different.

Now, I do need to confess something here: I have a D300, and I love it. I haven’t been tempted to upgrade to a D300s, because I’m not convinced yet that there is that much different in the new model (aside from the video, which I haven’t tried and so can’t comment on). I will be reviewing a D300s soon, so maybe it will win me over.

As it stands, it is worth it to buy a D300? It’s still a truly great camera, and the price will definitely be dropping on what many considered to be the best prosumer camera available. One thing is certain: Nikon will want to move out the old inventory to make room for the new model.