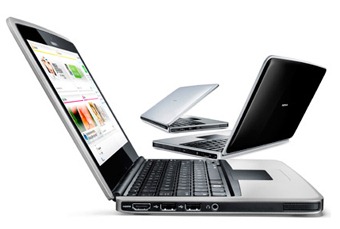 Yama hama, that’s one expensive netbook. Nokia’s impending Booklet 3G has shown up on the company’s Italian website priced at 699 Euro – just over $1,000 US.

While there’s been speculation that the machine could be subsidized by US carriers, it’s going to take one hell of a two-year contract price to bring the bottom line down to an appealing level.

The Booklet 3G’s specs, according to the product page, include a 1.6GHz Intel Atom Z530 CPU, Windows 7, a single gigabyte of RAM, 120GB hard drive (4,200RPM), WiFi/Bluetooth/GPS/3G data connectivity, an accelerometer, HDMI out, and a 10.1-inch HD display. Remember, too, that Nokia’s promising 12-hour battery life.

It’s expected to ship out in the end of October, presumably after Windows 7 becomes available to the masses.