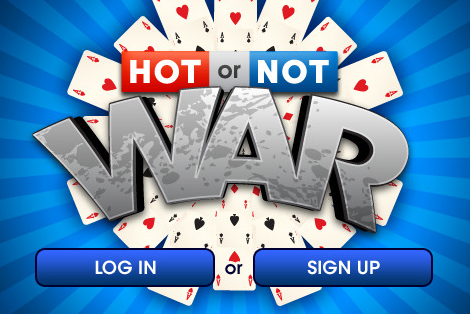 Hot or Not was fun in high school and college. You see a girl or a guy (depending on your taste) and you rate their hotness on a scale of 1 to 10. It’s mindless fun. The iPhone reinvigorated the game a bit because it remained a great time waster on a great time wasting device. But there are no shortage of mindless games for the iPhone, so Hot or Not had to step it up a notch, and it’s trying to do just that with a new game: Hot or Not War.

The game takes two mindless classics and smashes them together. It’s the card game War and it’s Hot or Not, all in one very simple app. Except, the game really isn’t too much like War at all. Instead, you are dealt 5 cards face up, as is your opponent. You then pick whichever one you think has the highest Hot or Not rating (their average rating on a 10 point scale) and so does your opponent. You do this for 30 seconds and the person with the most victories, wins the round. The first side to win a set number of rounds (1, 3, 5, or 7) wins.

But also unlike the card game War, when you pick people with the same Hot or Not rating, you don’t actually go to war (throw down more cards). Instead, that’s considered a tie and no side gets any points and you move on to the next set of cards. Also, if you lose, you don’t pick up your opponents cards as the number of cards you have doesn’t matter. 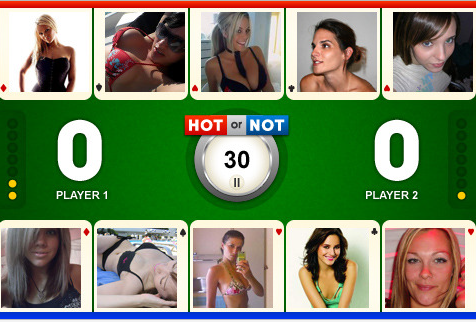 So, okay, it’s really not anything like War, but still, it is fairly fun and addicting. It’s basically a game of, are your tastes in attractiveness in tune with those of the masses?

You can play either against a computer oppontent or against a friend on the same iPhone . You can’t, unfortunately, play online against other players. Also a bit annoying is the sign-up and sign-in process, which is several steps. Luckily, you only have to do it once.

Just as with the Hot or Not website, you can set what gender you are interested in, as well as what age range.

It’s more mindless iPhone fun, looking at attractive (or not so attractive) people. The game is free, available now in the App Store here. And remember: Always pick the girl in the bikini. She always wins.

CrunchBase Information
HOT or NOT
iPhone
Information provided by CrunchBase