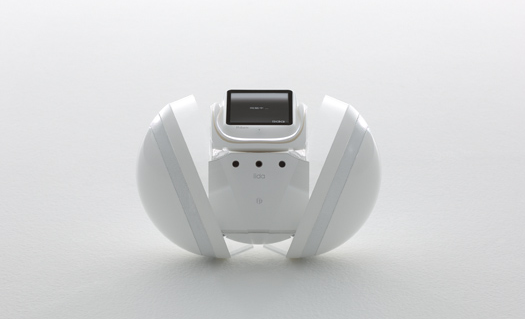 Japan is the nation of robots. Everybody knows that. It’s also the nation of cell phones. So why not mix robots and cell phones? That’s what the country’s second biggest mobile phone provider KDDI au thought and today presents the iida Polaris, a robotic cell phone [link in English], for the first time (click here for my iida concept photo report from April).

Truth be told, the Polaris looks more like a cell phone installed in a dock and it’s just a concept, but it’s pretty and makes more sense than Sony’s Rolly. The idea is to offer some kind of life recorder that monitors your health, by processing diet data, keeping a record of your physical activity, giving tips on when and what to eat etc. KDDI au has been jointly developed with another company called Flower Robotics (which recently gave us the mannequin robot). 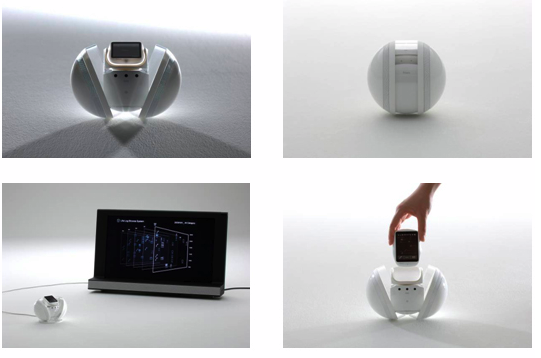 And it does that in a supposedly “intelligent” way, meaning the Polaris “learns” over time and is able to adjust to your personal lifestyle.

Watch the (pretty cool) video embedded below to get an idea how this is supposed to work one day in the future. I want this thing to fly next to me when I leave the house.