Ahhh, just what the doctor ordered: Logitech just released a wireless guitar controller that looks like a kinda-sorta Superstrat played by Adrian Smith of Iron Maiden along with a collapsable drum kit for the Wii and the XBox360.

Not much really to say about these peripherals except that they’re coming on the heels of Beatles Rock Band. I can’t get any pricing but if you need a drum kit for the Wii or XBox 360 and/or want to play a sexy black and white git-fiddle on the Wii, these are your men. 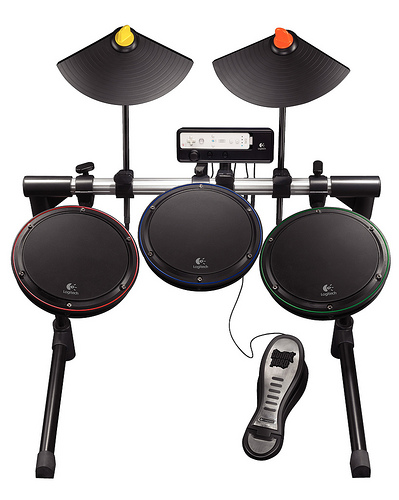