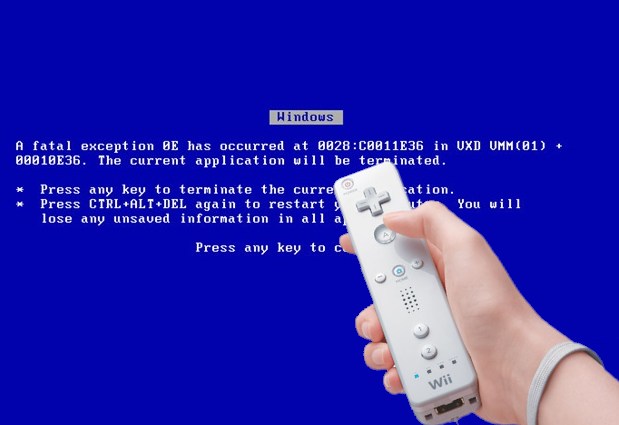 Now before you say something along the lines of “Uh, but why would I want to use a Wiimote when I’ve got a mouse” — no, I’ve changed my mind, go ahead and say it. … … WELL! I will tell you! Recall that your Wiimore and Nunchuk also sport buttons and a very functional analog stick. N64 emulator, anyone?

So getting it working on your computer appears to be quite easy. I’m sure if you’re deep into hacking your gear you’ve already done this, but there are probably a lot of people out there with Wiis and PCs who just didn’t think it was worth the trouble. I don’t know, is three steps trouble?

1. Make sure you’ve got a compatible Bluetooth unit. Dongles work well, but internal ones are less reliable in this case.

2. Make sure you have a complete, compatible Bluetooth stack; it seems likely that a Bluetooth dongle will come with an installer for one of these.

3. Get control software — Windows, Mac — and run the included script for Nintendo controllers.

Boom, you’re done. It should detect your Wiimote as a standard controller and you’ll be climbing Bob-omb Mountain in no time at all. A Reddit commenter notes that it’s significantly easier than described when you’re on Ubuntu, simply run wminput -d and sync with buttons 1 and 2.