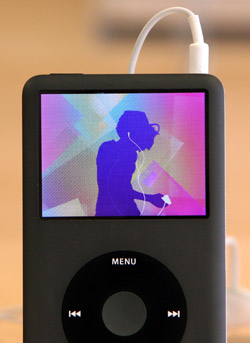 That blasted Apple event is on Wednesday, and in the interest of having fresh-but-not-really posts on this holiday weekend, here’s some interesting predictions I’ve stumbled upon. The highlight: say goodbye to the iPod classic.

Note that the following predictions were predicted by one of the Tumblr guys; I’m sure he’s a nice fellow.

• iPod classic will be eliminated

• The lowest end iPod will be the $59 4GB iPod shuffle

• The iPod nano will only come in 8GB, but will come with a camera

What’s the rationale here? Hardly anyone needs the classic, so why not just get rid of it? Besides, we (Apple) want to expose these people to the iPhone OS, and for that we need to get them an iPhone or iPod touch. The nano is finished technologically; how much more can you improve it?

Basically, the iPod touch is going to be the belle of the ball from here on out.

Of course, these are merely the predictions of one guy. They could well be horribly wrong.