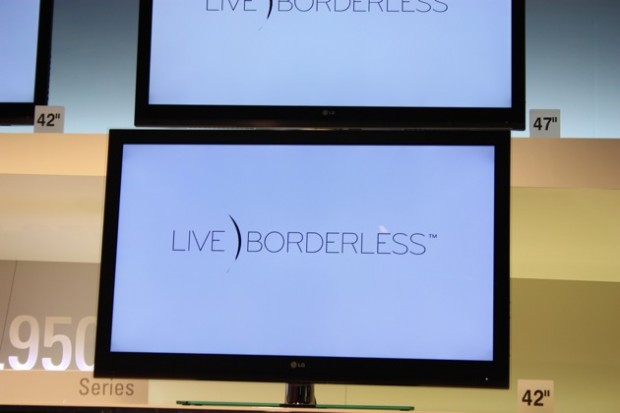 This is pretty much the silliest thing I’ve seen ever. LG is touting borderless TVs. What does that mean? They’re making the border around he TV black and the front of the TV flat.

The LG marketing on this literally showed TVs with no border – the TVs looked like they went from edge to edge. However, that marketing has been swallowed up thus far and it looks like LG is backing away from the borderless concept, at least when it comes to talking about the TV. A quick search of the LG website shows that the borderless model aren’t being marketed that way anymore.

LG’s theme for this year, LIVE BORDERLESS™, will instantly make sense to anyone who sees the company’s BORDERLESS™ TVs, which appear to be a single, uninterrupted sheet of glass. These are the first TVs to completely eliminate the seam between the screen and the surrounding bezel.