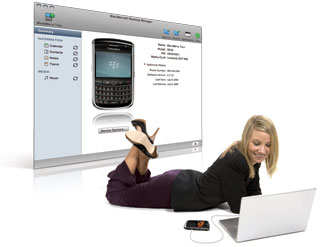 It’s finally happened. After months, nay years of waiting, the Blackberry desktop manager is finally coming out for OS X. It’s currently in beta, but it says version 1.0.0, so it is coming — although the current version appears to have leaked.

Since it is a leaked beta, and not an official release, so it’s probably going to have some issues. I’d suggest holding off on installing it unless you’re supremely confident in your ability to restore a backup, since such an early beta could cause all kinds of issues, but at least this means that an official version can’t be far behind.

So if you are feeling brave, you can get the beta from here. But since the rumor is that the real release will be sometime this month, it might be worth it to wait.